A jewel in the crown 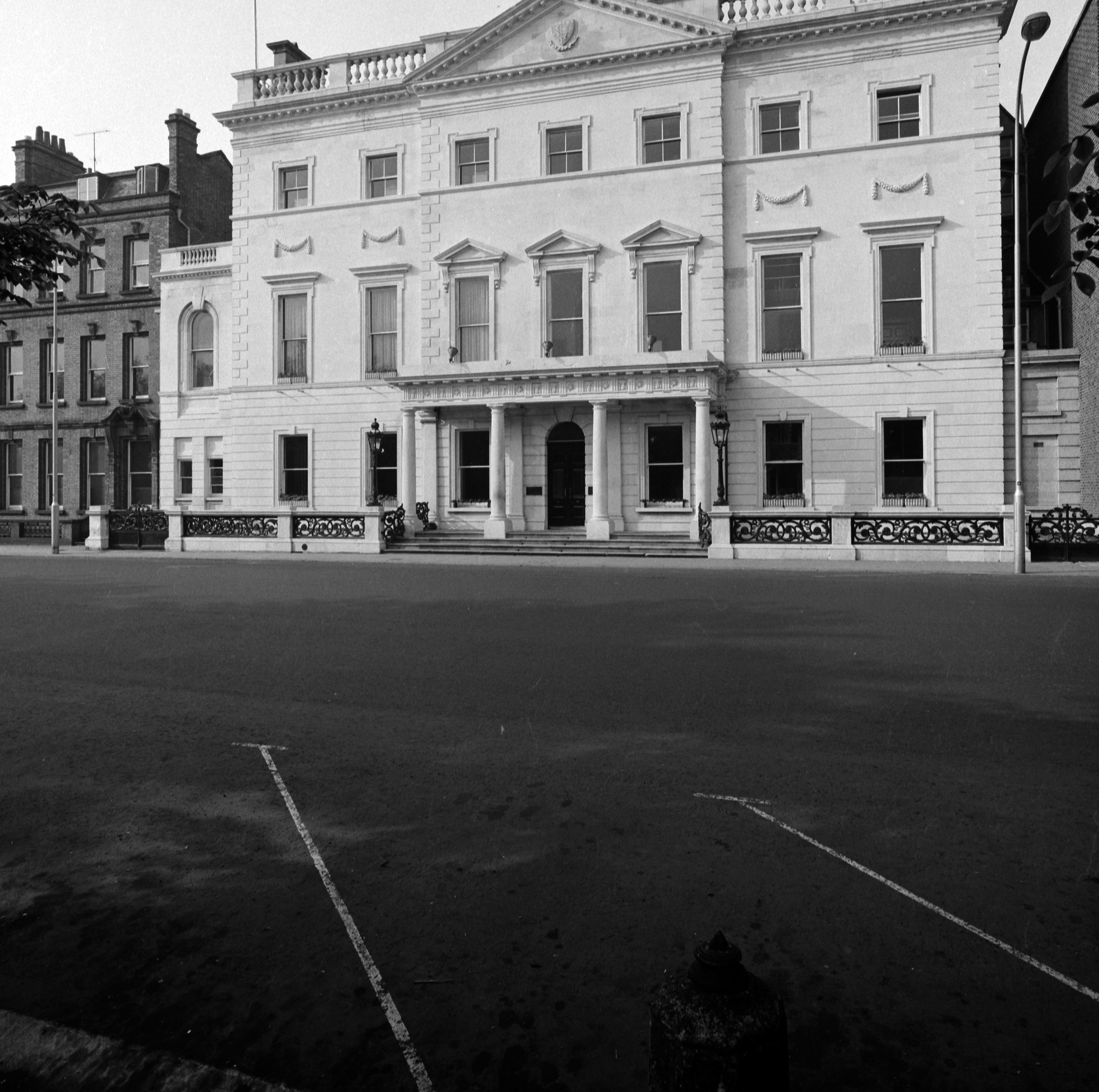 Try to find the date or year when this image was made.
Thanks for contributing!
It has been a long time since we had an image from the Wiltshire Collection, so an early morning view of Iveagh House seems like a great way to redress that loss! This is one of Morning Mary’s favourite buildings in Dublin and the interior is even better than it’s splendid exterior!

+++ UPDATE +++
We had a fabulously ghosty story from Bernard Healy about Holy Thursdays in Dublin, and the widespread belief that a cross appeared in one of the windows of Iveagh House – so widespread that crowds used to gather outside in the hopes of seeing the cross. An article in the Evening Herald newspaper from June 1976 confirmed this long-held Dublin belief. Sadly, it seems it was just a great story, and nothing but “a natural flaw in the original glass caused the vision of the cross”.

And do read beachcomber australia's story from Trove for a flaming example of a scathing Edwardian burn against Lord Iveagh and his decorating notions...