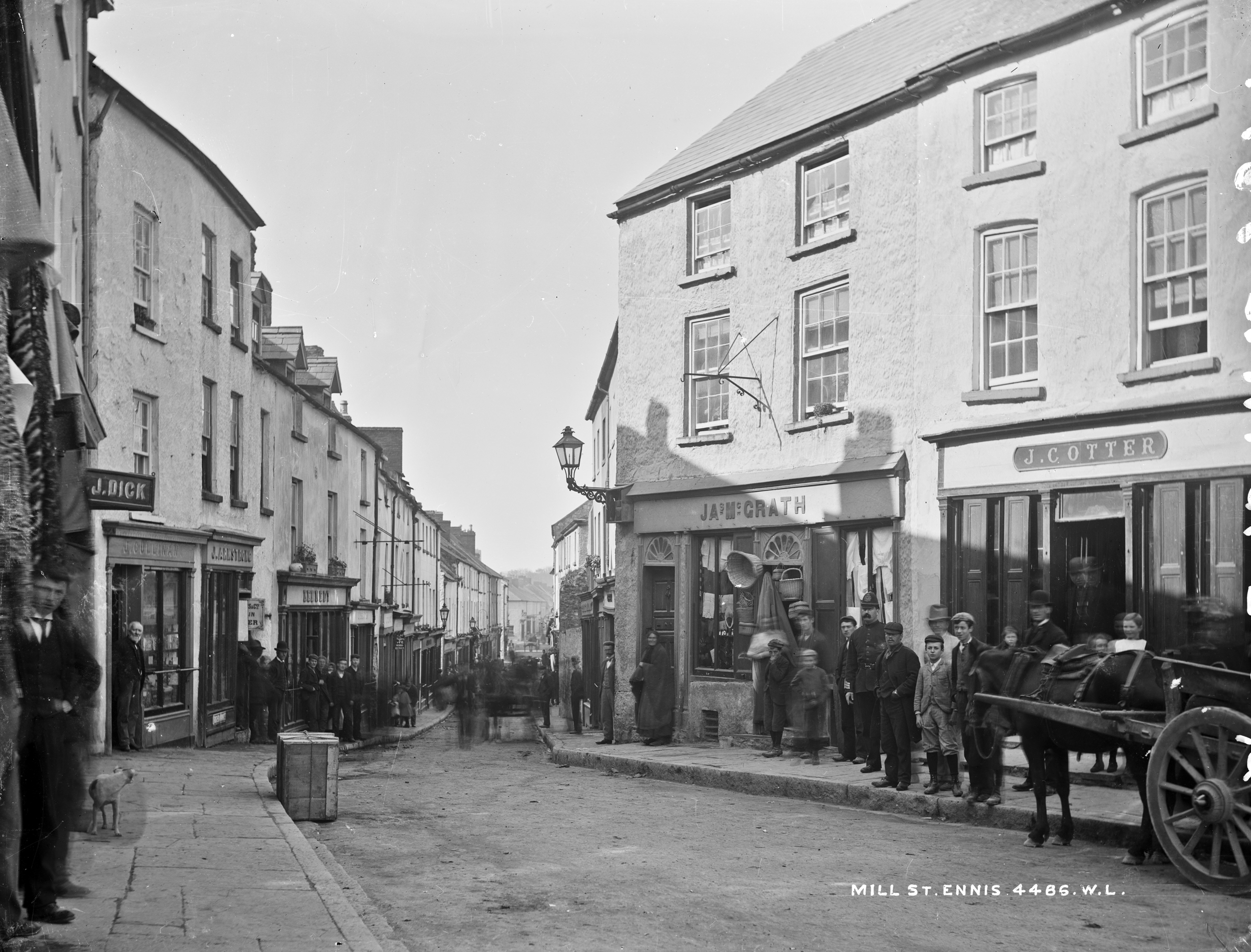 Try to find the date or year when this image was made.
Thanks for contributing!
While everybody else stands still at Mr. French’s request, the lone dog looks disapprovingly at the carter who puts a “ghost” into the photograph! A fine, busy scene on Mill Street, Ennis with lots of people, mostly men and boys, about. The scene has changed somewhat but for the most part remains the same today!