Lucan, the most exotic place for taking the waters! 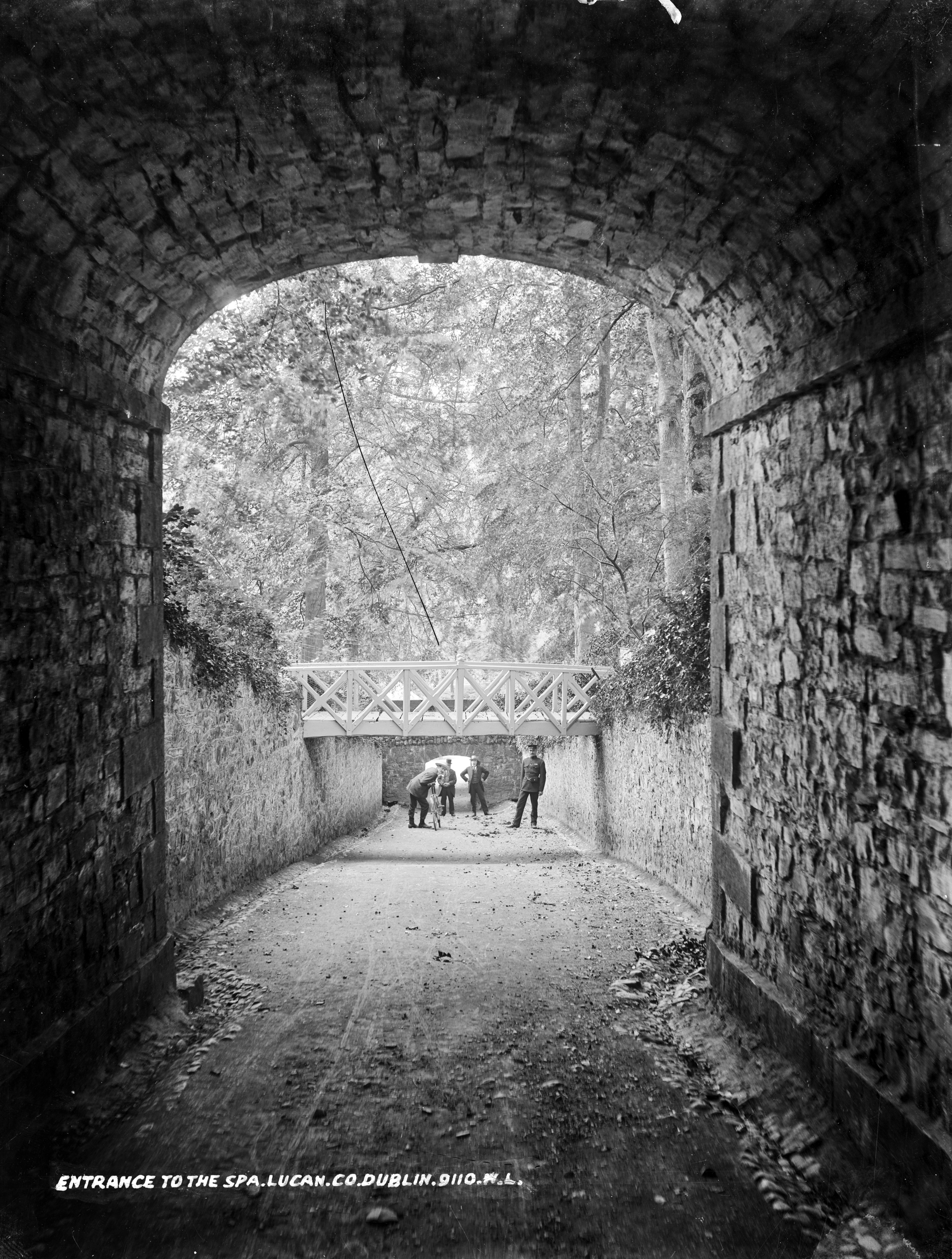 Try to find the date or year when this image was made.
Thanks for contributing!
Growing up and reading that members of the nobility would travel to far off places to “Take the waters”, it seemed that it was unlikely that we would have something similar close by. Lisdoonvarna in the midst of the wonderful Burren seemed to be an aberration, but due to the nature of the place it seemed understandable. Lucan on the other hand, on the outskirts of Dublin City, might not have been seen in the same light, but here is proof positive that indeed there was a Spa in Lucan.