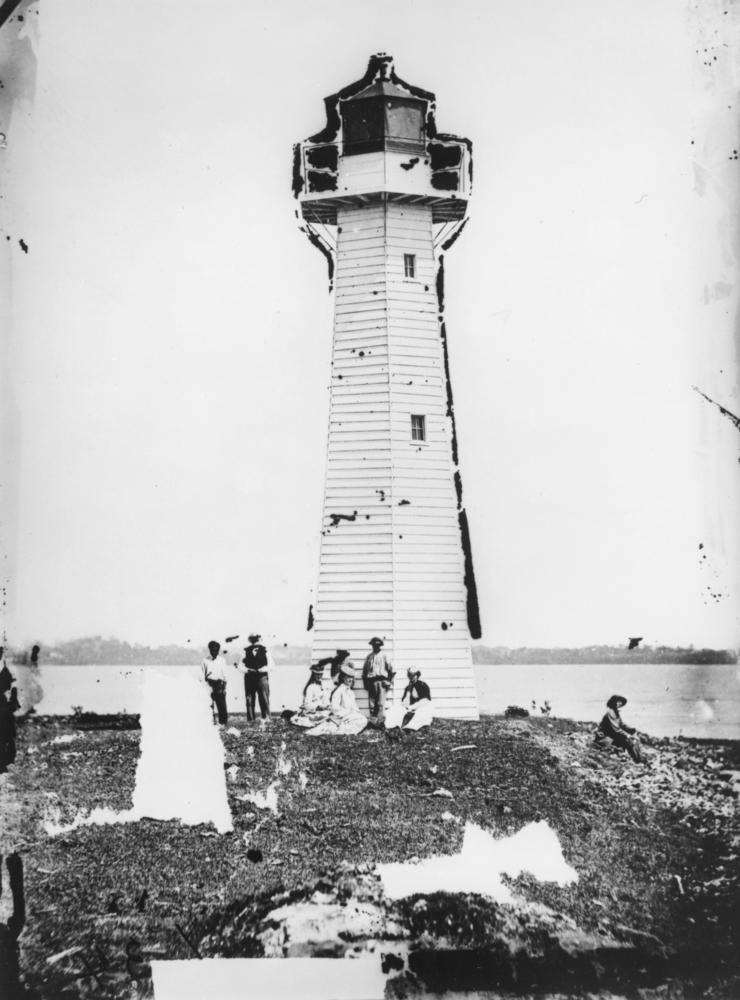 Try to find the date or year when this image was made.
Thanks for contributing!
Photographer: Wiliam Boag

Description: Cleveland was called 'Emu Point' by the squatters who knew the district in the 1840s. Then Assistant Surveyor Warner named it in honour of the Duke of Cleveland (also known as Baron Raby) in July 1851. Throughout the 1870s, it was a popular watering-place, patronised by day-trippers, convalescent patients and early holiday-makers. The lighthouse, the second in the area, was erected in 1864, and remained at this location until 1975, when it was moved about 30 meres away and replaced with a new light.