The Frontier Sentinel for the hard border! 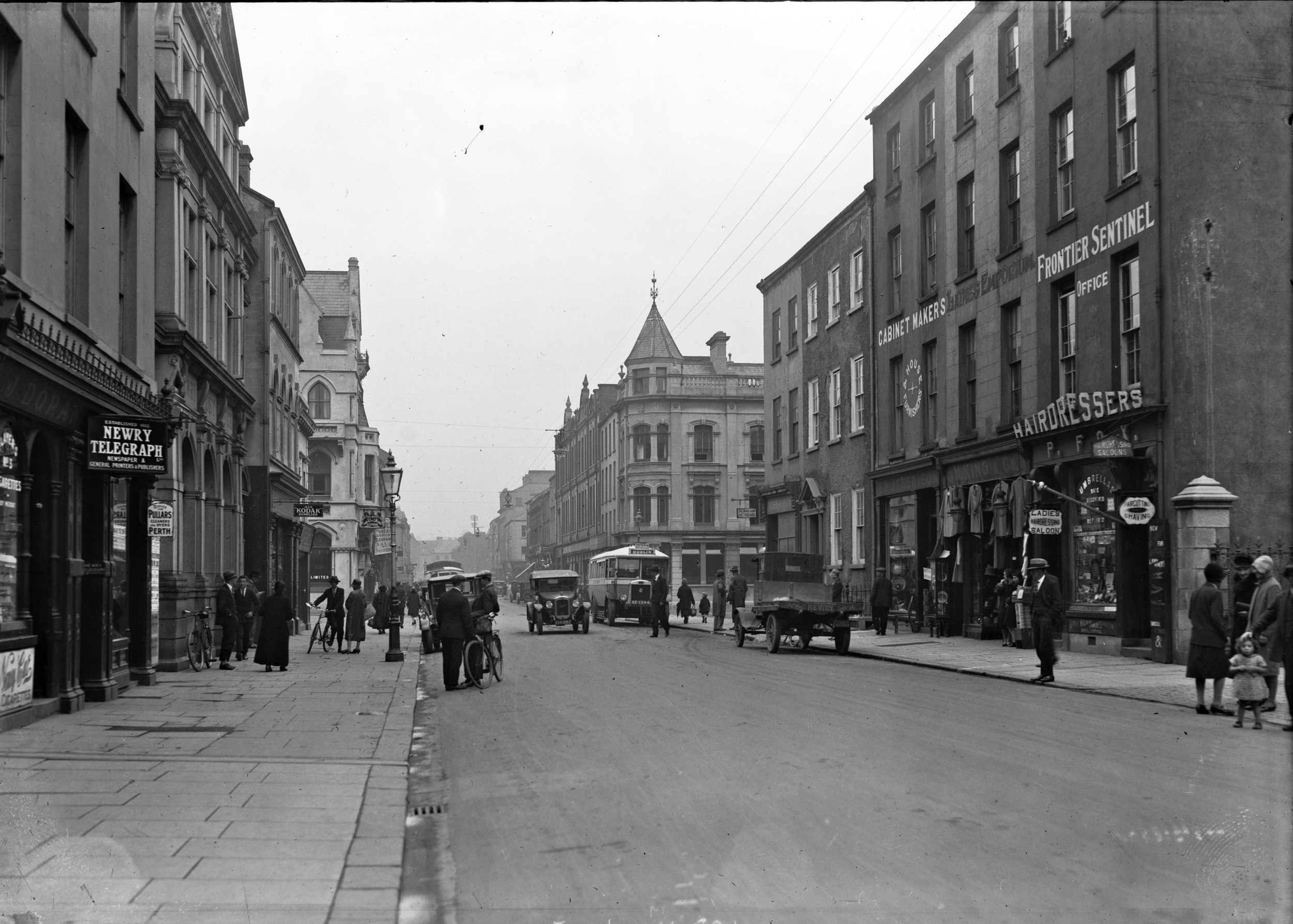 Try to find the date or year when this image was made.
Thanks for contributing!
Hill Street in Newry looks fairly flat though there are lots of hills nearby. There is plenty of traffic, and pedestrians out and about, and seemingly two newspapers in close proximity and in competition. The Newry Telegraph on the near side, and the Frontier Sentinel on the far side. That would seem to indicate that the shot was taken later than 1920, as in the date range, as there was no frontier to watch over until after 1922?

Congratulations to you all for the great work on Friday last. It was recognised with an "Explore"