To hell or to County Clare! 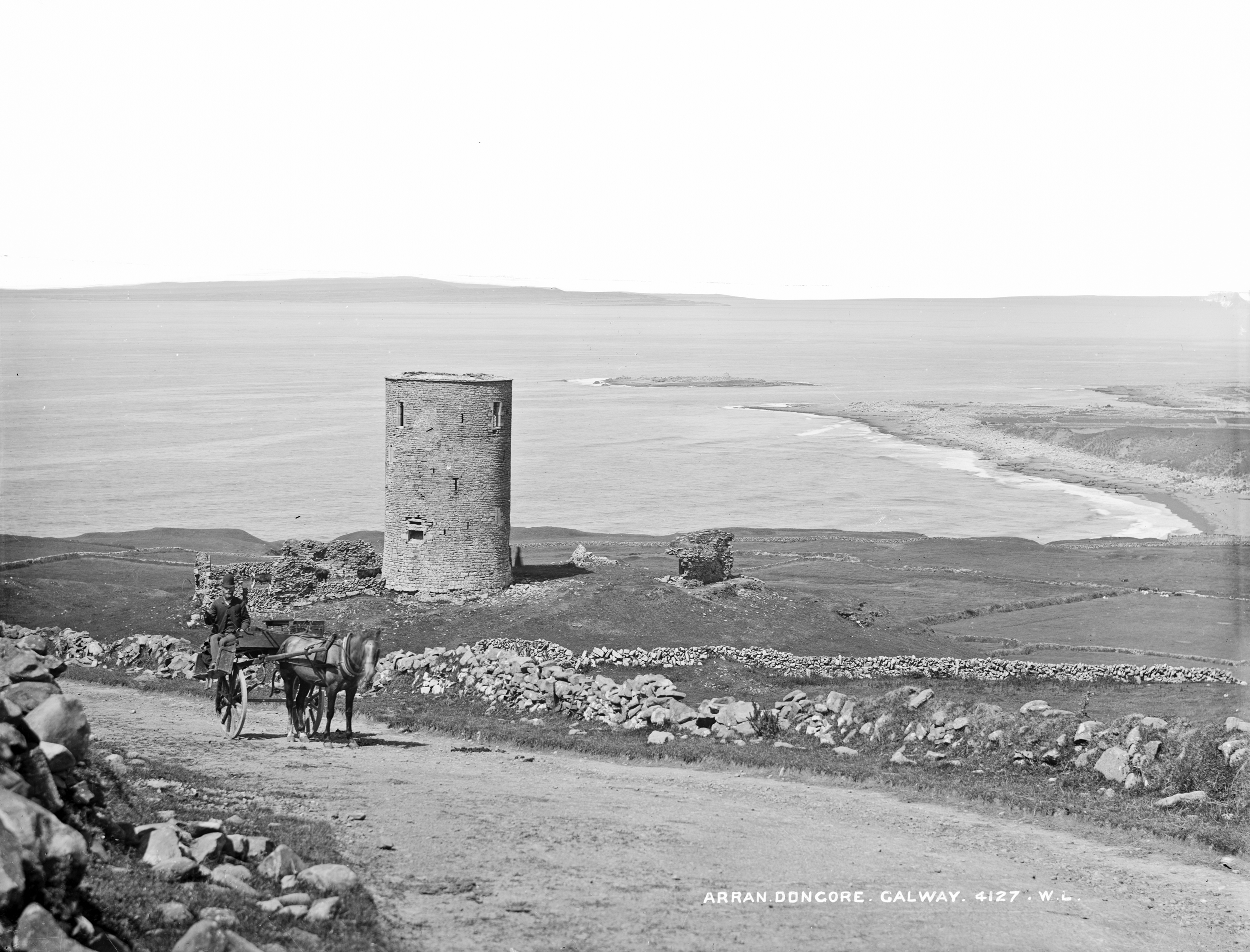 Try to find the date or year when this image was made.
Thanks for contributing!
From the heights of Galway with Monkey Morgan to the rocks of south Galway/north Clare with the Aran Islands in the background, in a typical Robert French image. Dongore which French assigns to Galway, or Doonagore which the cataloguer assigns to Clare, looks like a grand place for a walk. But would you want to live there?

+++ UPDATE +++
The Lawrence glass plate negative may well say Galway, but Doonagore Castle is absolutely, without a doubt, indubitably in Co. Clare. The castle looks a little down-at-heel in this photo, but was fully restored in the 1970s, and is a private home. Thanks to Niall McAuley’s work on another Clare photo, we can narrow the date of this one from around 1865-1914, right down to around 1905-1910.