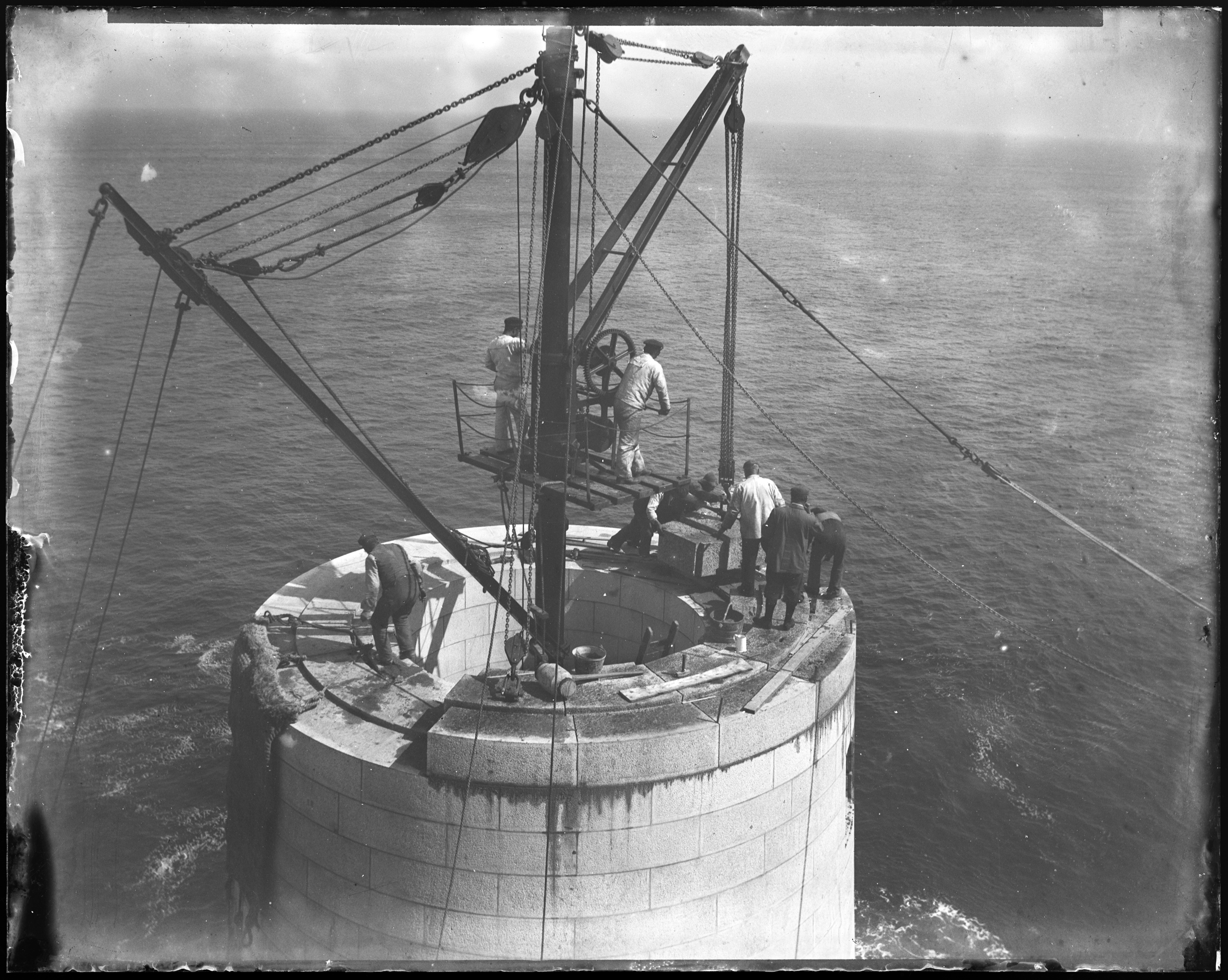 Try to find the date or year when this image was made.
Thanks for contributing!
One of Ireland’s most challenging and successful engineering projects, carried out in extremely difficult and hazardous conditions. The Fastnet Lighthouse is iconic for mariners who pass through the waters off the south coast of Ireland, and the subject of many fine photographs. It gives Morning Mary the willies even looking at those men on the structure!

+++ UPDATE +++
A really striking photograph that would stop most of us from moaning about our working environments! Great to identify one of these men – master stonemason James Kavanagh is in the white coat with his back to the camera. According to many sources, Mr Kavanagh “placed every stone of the lighthouse with his bare hands”. Unfortunately, he died before the Fastnet light came into use.