The rocky road to nowhere? 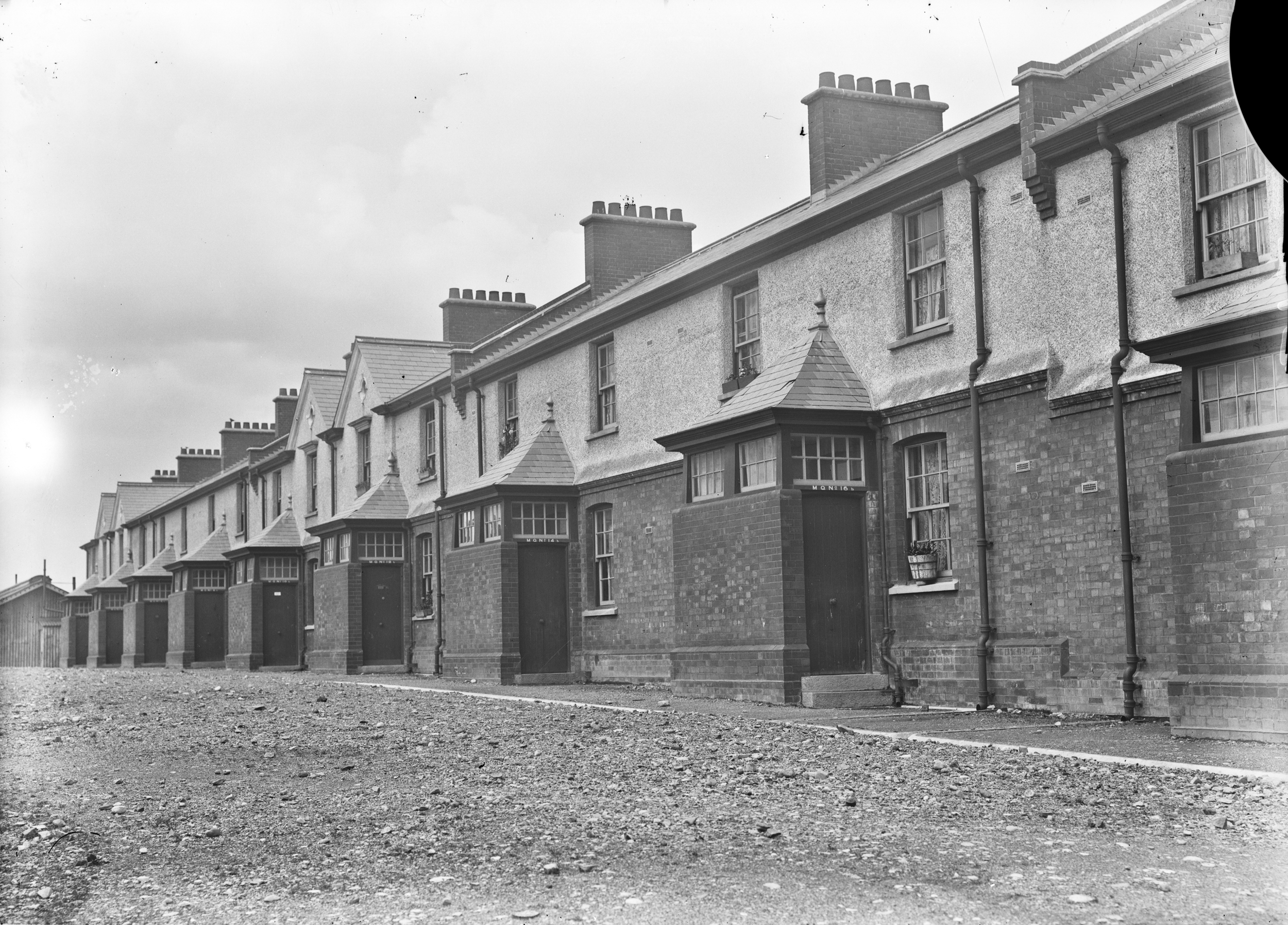 Try to find the date or year when this image was made.
Thanks for contributing!
The RFA (Royal Field Artillery?) Barracks in Kildare is the feature of this Eason image, though it looks like a drab and unusual terrace of houses. What were these houses? Were they billets for the troops, or married quarters?

+++ UPDATE +++
These were Married Quarters for the Royal Field Artillery in the barracks in Kildare, that went on to be called Magee Barracks from 1938. The odd curvy roof features have survived on some of the houses on what is now Magee Terrace in Kildare Town. John Spooner unearthed some frankly terrifying articles about ‘clean, cosy, and compact’ married quarters, from a woman’s perspective – this one from February 1900...