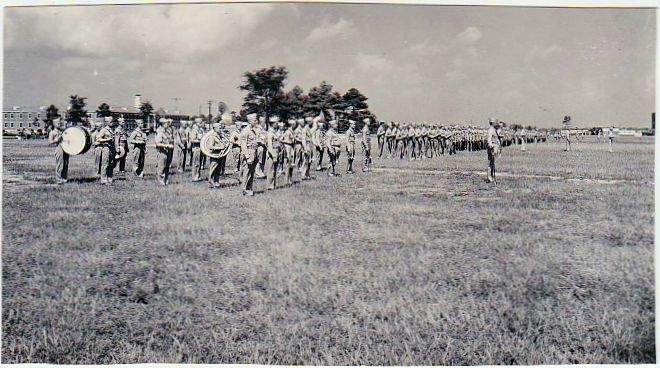 Try to find the date or year when this image was made.
Thanks for contributing!
Cut-down photograph of a formation of U.S. Marines standing outside on a parade ground during an exercise or event at Camp Lejeune, NC, around 1949. A Marine Corps marching band is seen in the foreground. Photograph taken while U.S. Marine Lindel D. Dunlop of Zeigler, Illinois, was stationed at Camp Lejeune [circa 1949].