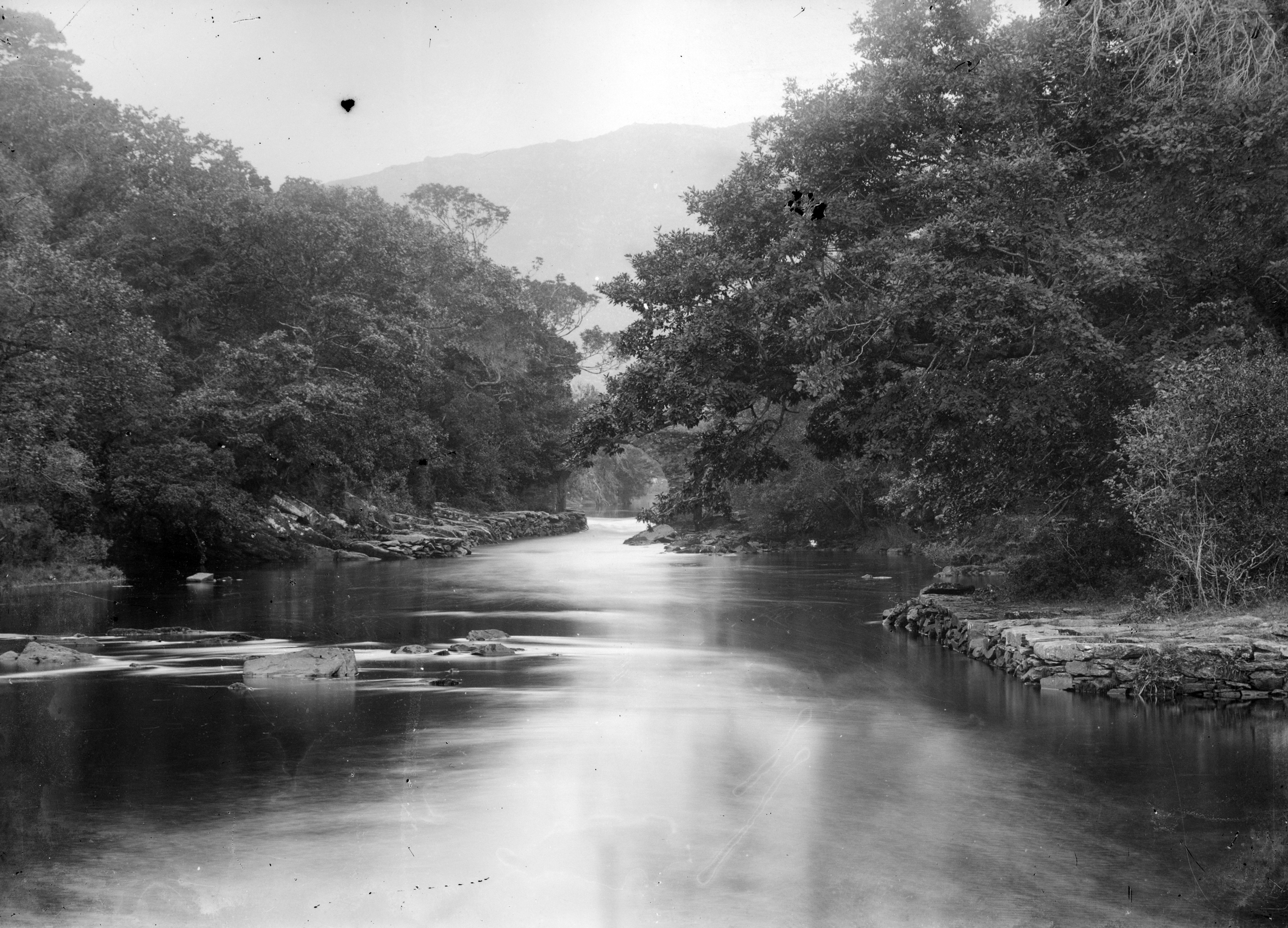 Try to find the date or year when this image was made.
Thanks for contributing!
We would like to wish all our viewers and commentators a very Happy Saint Patrick's Day

I am not sure what river this is but I do know that Saint Patrick's Day is the day when angling opens on any river that has not already opened on the 1st March. Living close to the River Dodder as a child I remember the anglers would gather on the 16th March as the clock approached midnight and as soon as the hour had passed they would fish away in an effort to catch the first trout of the season. It must be said that one or two of the anglers were "the worse for wear" having come to the river directly from closing time at the local pub!