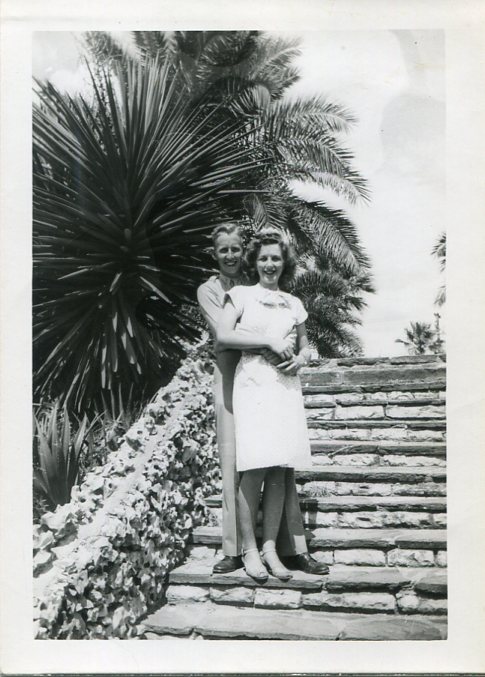 Try to find the date or year when this image was made.
Thanks for contributing!
Photograph of Alexander A. Carlyle Jr. of Raleigh, NC (left), wearing his Army Air Forces uniform, standing behind and holding is fiancé Mary Jane Elley of San Antonio, Texas (right), while the two were standing on stone steps outside at an unidentified location in Texas during World War II (undated) [Photograph was originally enclosed in a letter from Carlyle Jr.’s fiancée Mary Jane Elley that she wrote to his mother on August 16, 1945].