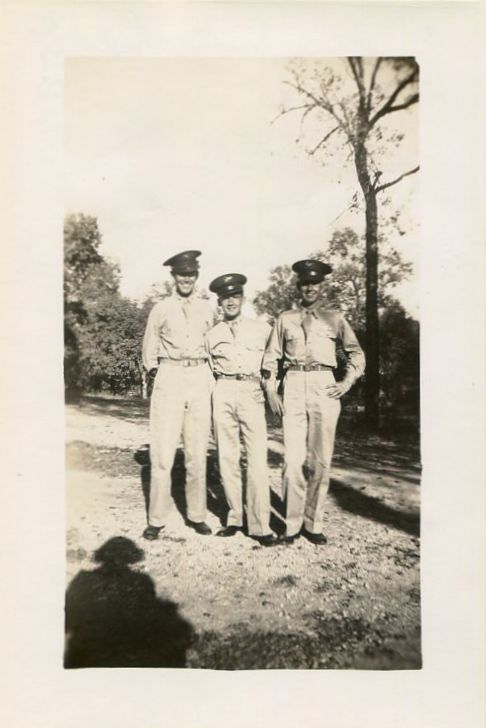 Try to find the date or year when this image was made.
Thanks for contributing!
Photograph of U.S. Army Air Forces aviation cadets Alexander A. Carlyle Jr. of Raleigh, NC (right), Charles Coffen, and Bill Cowart, standing next to each other outside while on a picnic at an unidentified location while wearing their full Army Air Forces uniforms. The men are believed to be in the San Antonio, Texas, area, while they were attending U.S. Army Air Forces aviation cadet program training at the San Antonio Aviation Cadet Center. Caption on the back of the photograph: “Reading from left to right--Charles Coffen--my San Antonio Buddy) Bill Cowart--(washed back a class) Yours truly--We were on a picnic that day. Look at the happy smiles. Looks like a tooth paste ad, doesn’t it?” (circa 1943) [Photograph was originally enclosed in letter Alexander A. Carlyle Jr. wrote to his parents in November 1943].