It’s a long road to Tipperary 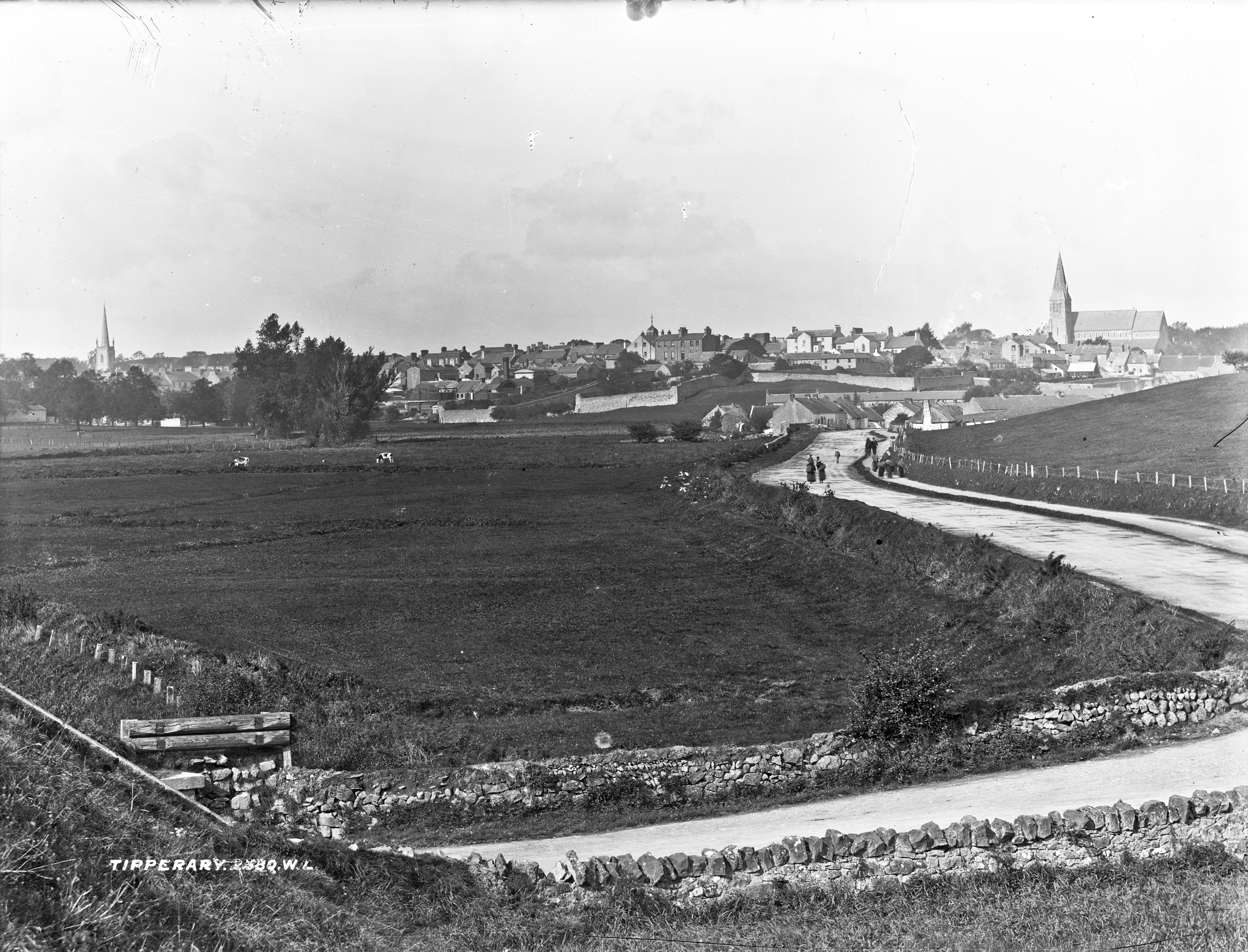 Try to find the date or year when this image was made.
Thanks for contributing!
Having visited the home of the current All Ireland Hurling Champions yesterday, today we move to their great rivals, the Premier County, and the town of that name.

We have seen Tipperary before but never this particular view with the winding road leading to the town. Could this Lawrence Royal plate have been taken from a railway embankment? And would that help with dating?