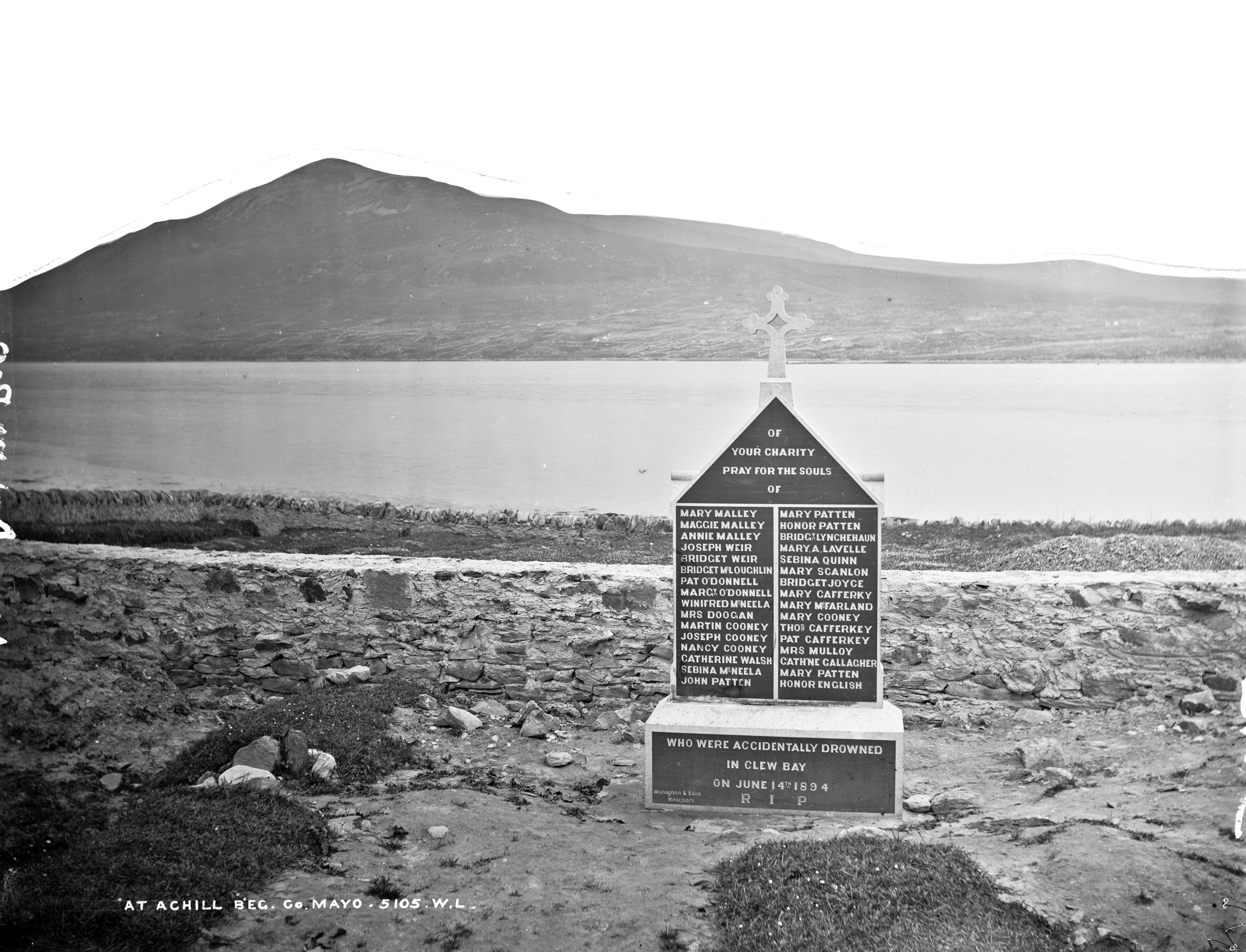 Try to find the date or year when this image was made.
Thanks for contributing!
Island and coastal communities have suffered more than their fair share of tragedies over the years. The Wild Atlantic Way is more than just tourist phrase and the wind, waves and currents have claimed many lives both young and old. This memorial to a terrible tragedy in Clew Bay is a reminder of that danger and these young lives lost.