All Quiet on the South Western Front 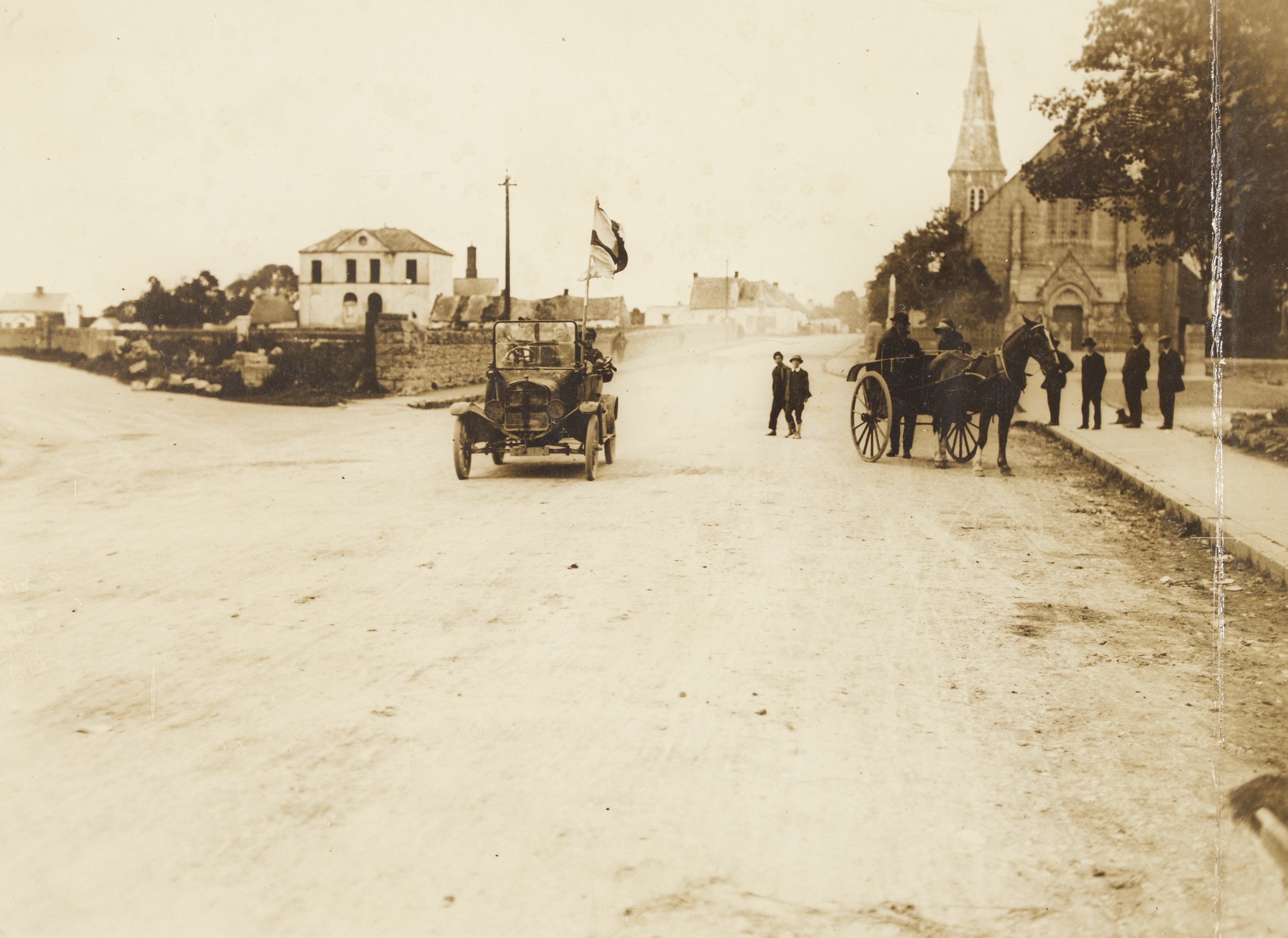 Try to find the date or year when this image was made.
Thanks for contributing!
With a title that reads Red Cross car passing through a village at the South Western Front during the Irish Civil War a car festooned with red crosses passes a group of civilians somewhere in County Limerick during the Civil War. I think we have been nearby before with both the church and that stone wall looking very familiar. Since the crosses look more like the Cross of St. George than the traditional reverse broad Swiss Cross of the red cross this could be misinterpreted had England won last evening!