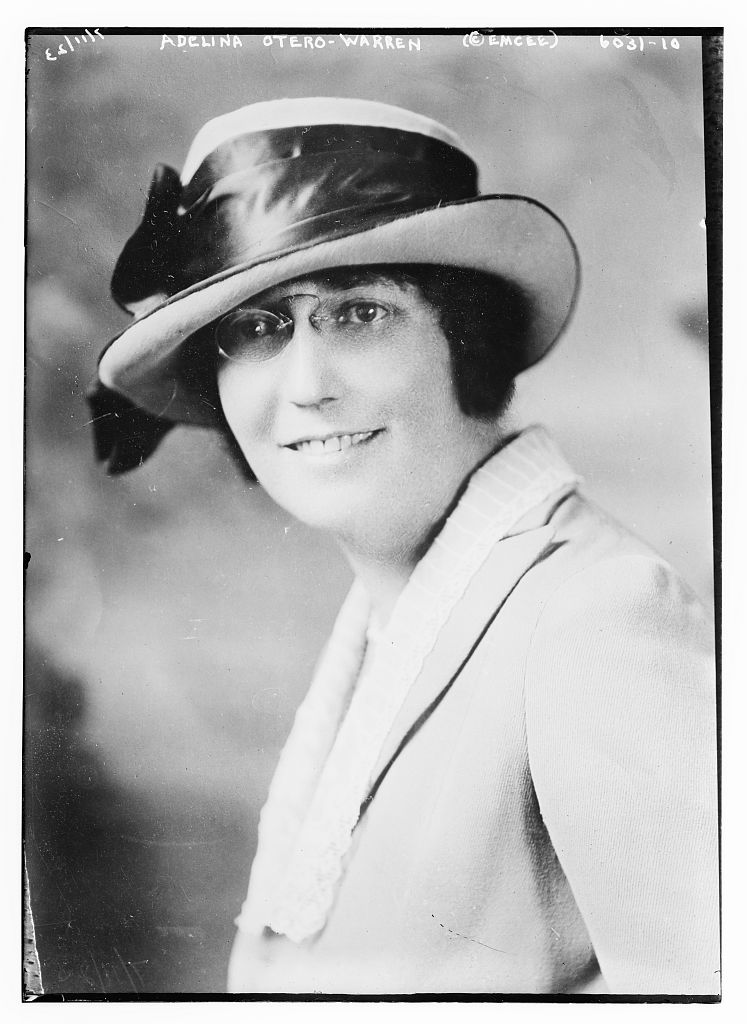 Try to find the date or year when this image was made.
Thanks for contributing!
Bain News Service,, publisher.

Notes:
Caption label from exhibit of digital copy in Shall Not Be Denied: Women Fight for the Vote--More to the Movement: Adelina "Nina" Otero-Warren's enthusiasm for suffrage proved crucial to the movement in New Mexico, where she became a leader in the efforts of the National Woman's Party to organize the state. Descended from elite Hispanos, or settlers of Spanish-speaking origins, she garnered support for women's suffrage among Spanish- and English-speaking communities. She later served as New Mexico's first female government official and made an unsuccessful congressional bid in 1922.
Title from unverified data provided by the Bain News Service on the negatives or caption cards.
"6031-10," "7/11/23," and "© Emcee" on negative.
Forms part of: George Grantham Bain Collection (Library of Congress).

General information about the George Grantham Bain Collection is available at hdl.loc.gov/loc.pnp/pp.ggbain