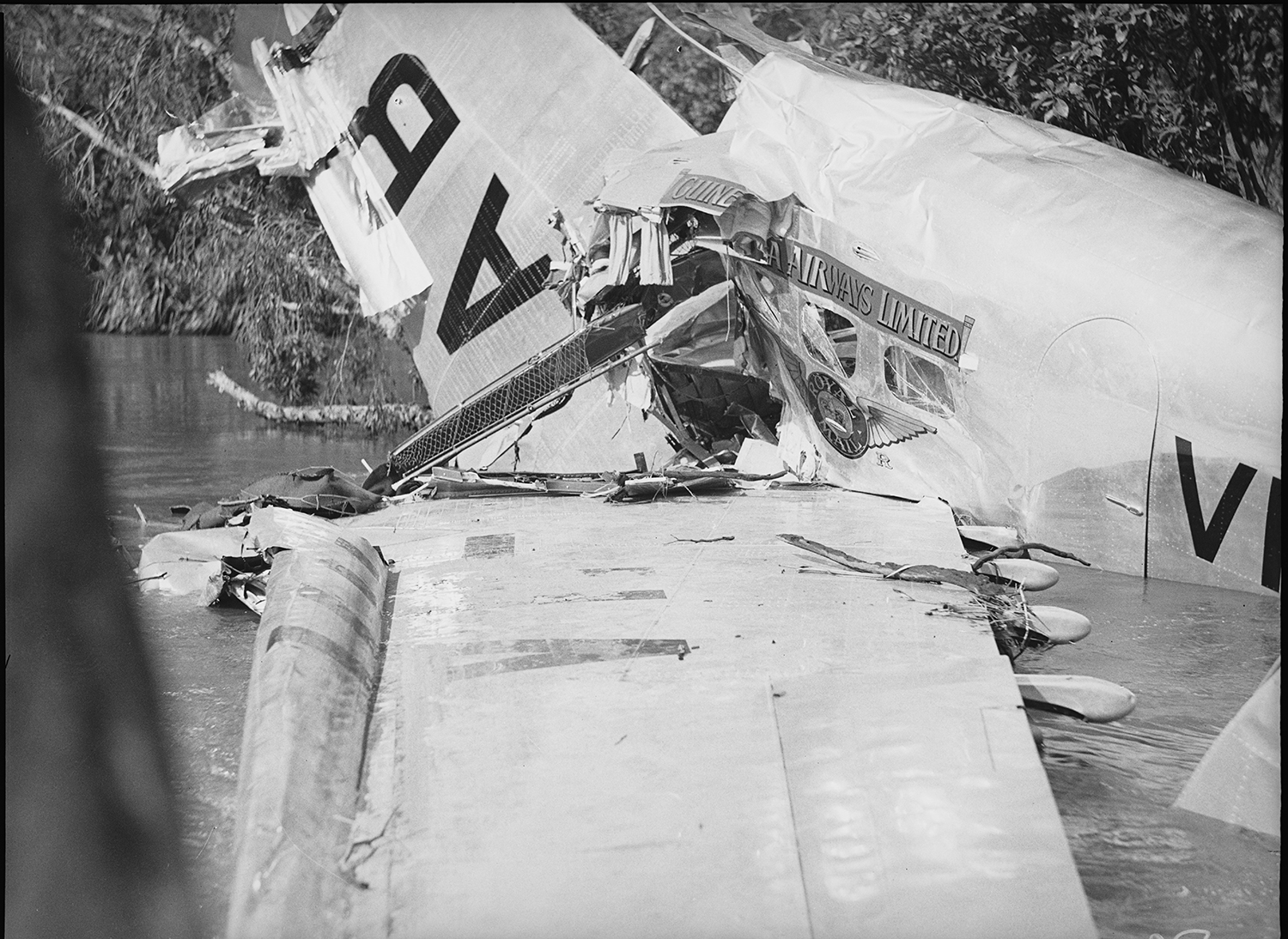 Try to find the date or year when this image was made.
Thanks for contributing!
Guinea Airways Limited plane, Lockheed 14H, VH-ABI, Koranga, after crash into the Katherine River, Northern Territory, Australia, 22 January 1939. State Library of New South Wales, collection.sl.nsw.gov.au/.../Yj7ojW49/bO8RwP8kV6O4r

On the morning of 18 January 1939 Captain C. R. Clarke had been forced to wait until the heavy downpour of rain eased before he could taxi onto the Katherine Aerodrome runway. He and the other 3 members of the crew were destined for Adelaide but as the plane started its take-off run down the rain-sodden ground it was clear they were in trouble.

From his office at the aerodrome, Flying Doctor, Clyde Fenton, watched as the plane took off. Seeing it clear the fence at the end of the runway by less than a metre he immediately knew it was in serious trouble. As he watched the plane plummeted from the sky and he heard a "Final terrific crash, then utter silence”.

The Guinea Airways Limited plane had gone head-first into the nearby Katherine River and although Fenton was quick to get to the site, he was unable to save the four occupants. These images were taken by the Sun newspaper four days after the event.