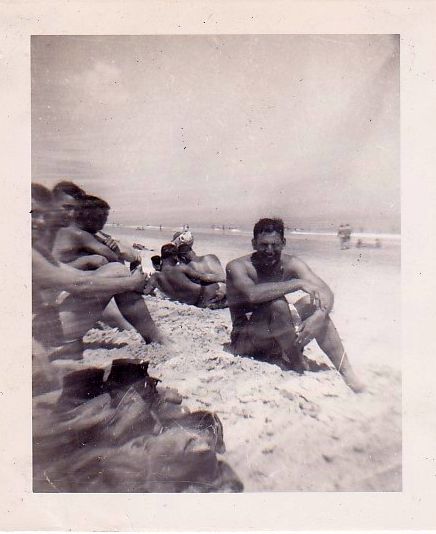 Try to find the date or year when this image was made.
Thanks for contributing!
Photograph of a ground of unidentified U.S. Army soldiers sitting on a beach [believed to be in North Carolina] as the ocean waves wash over them and their pile of shoes around 1942 or 1943 during World War II. The soldier at far right had been serving with the 514th Coast Artillery (Anti-Aircraft) Regiment at Camp Davis, NC, around the time [circa 1942-1943].