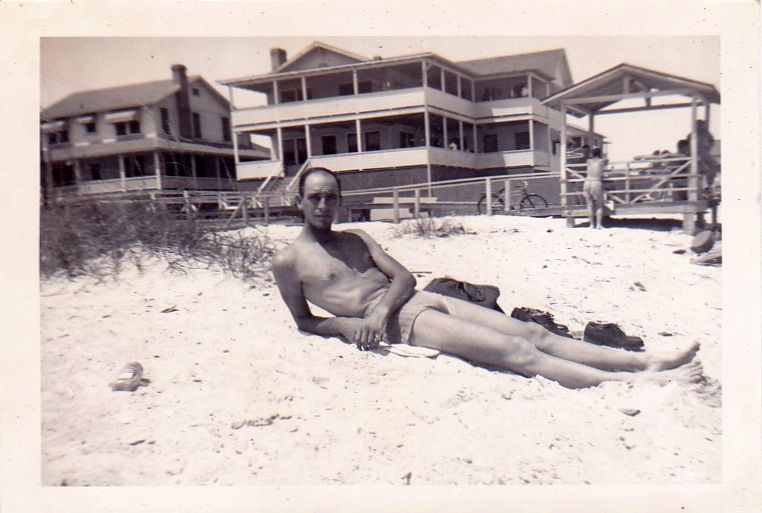 Try to find the date or year when this image was made.
Thanks for contributing!
Photograph of an unidentified U.S. Army soldier, wearing swimming trunks, laying on a beach towel on a beach at an unidentified location [believed to be in North Carolina or Miami Beach, Florida] around 1942 or 1943 during World War II. Several buildings, houses, a raised walkway, and beachgoers are seen in the background. The man served with an unidentified U.S. Army soldier who had been serving with the 514th Coast Artillery (Anti-Aircraft) Regiment at Camp Davis around the time [circa 1942-1943].