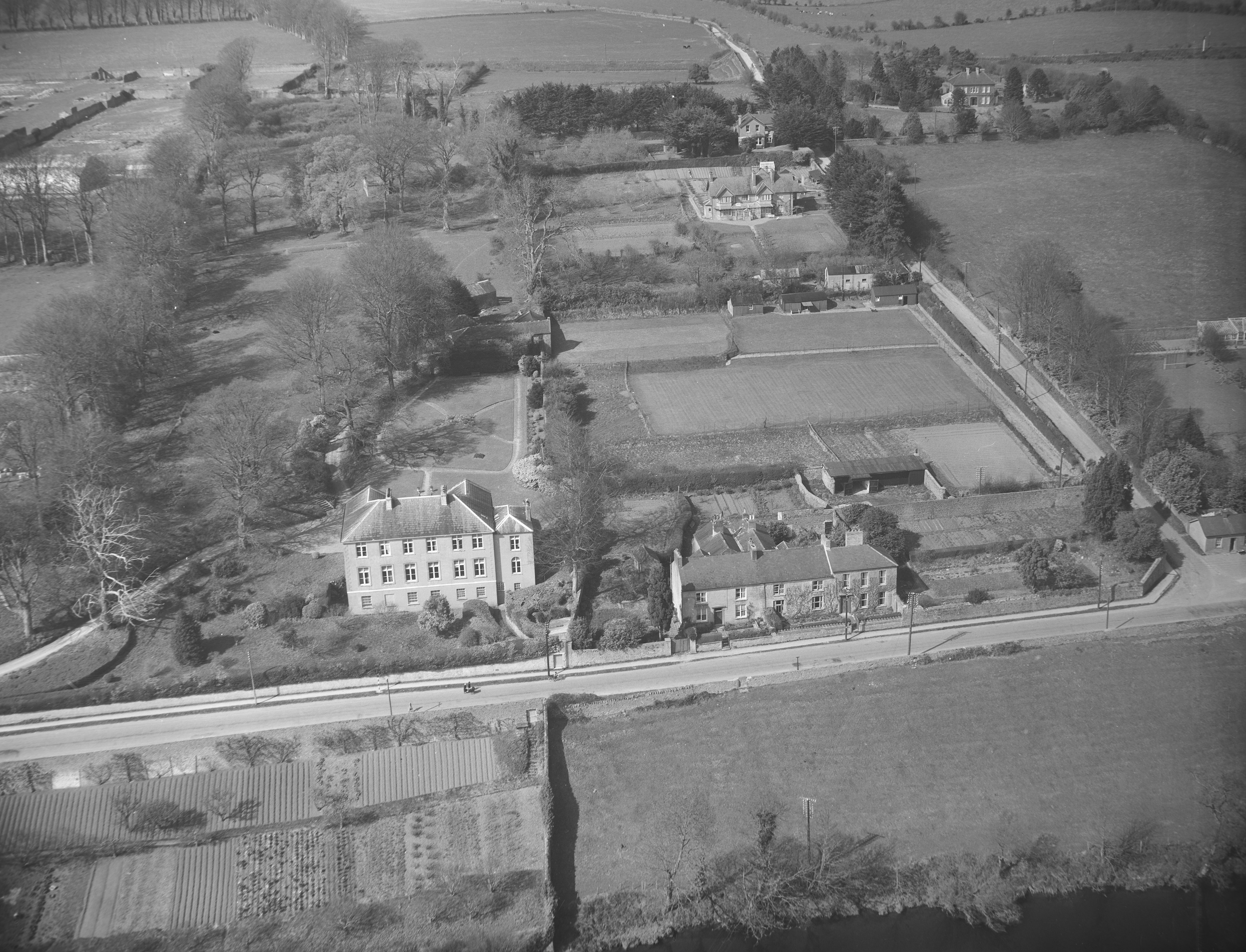 Try to find the date or year when this image was made.
Thanks for contributing!
We will start the week with a Monkey Morgan image and the location is somewhere outside Fermoy in North Cork! A bright sunny day with lots of good farming practice on display, neat drills, healthy crops, well tended fields and outhouses. The dearth of traffic is further emphasised by the fact that all the people in shot are on the road and ignoring the nearby footpath! When I were a lad (or even a lass) if you wanted to ride your fathers bike but were not tall enough to throw your leg over the saddle then you put one leg under the crossbar and pedalled that way. It looks to me, though I might be mistaken, (as the A said to the B) that the boy on the bike is doing just that?