By the left - Quick MARCH! 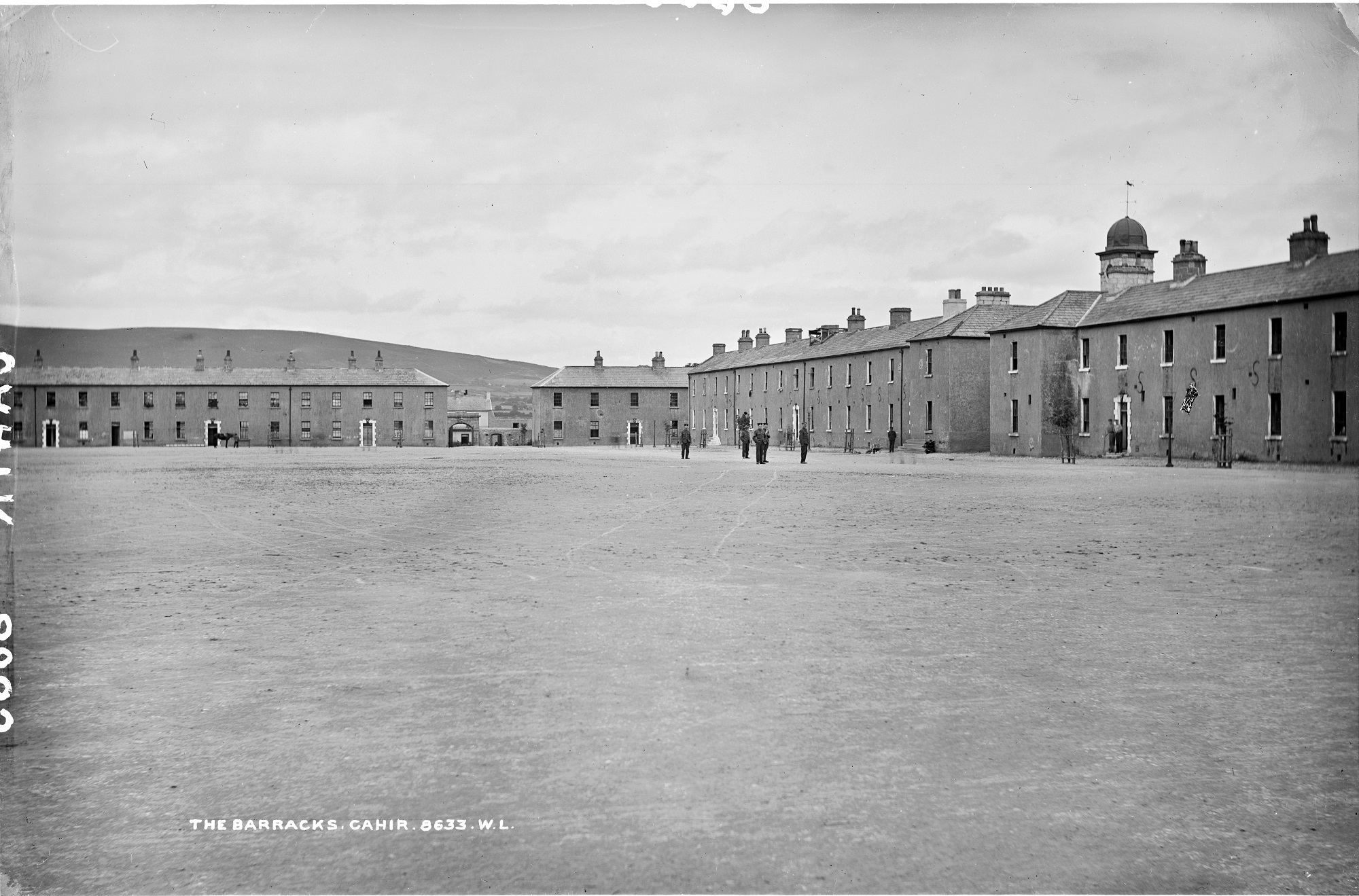 Try to find the date or year when this image was made.
Thanks for contributing!
When you see these barracks you begin to realise the extent of garrisons throughout the island during our time in the British Empire. Perhaps it was similar in the UK but in Tipperary alone there were several and they were very big. Does this one still stand or was it burned down as so many of them were in the early 1920's.