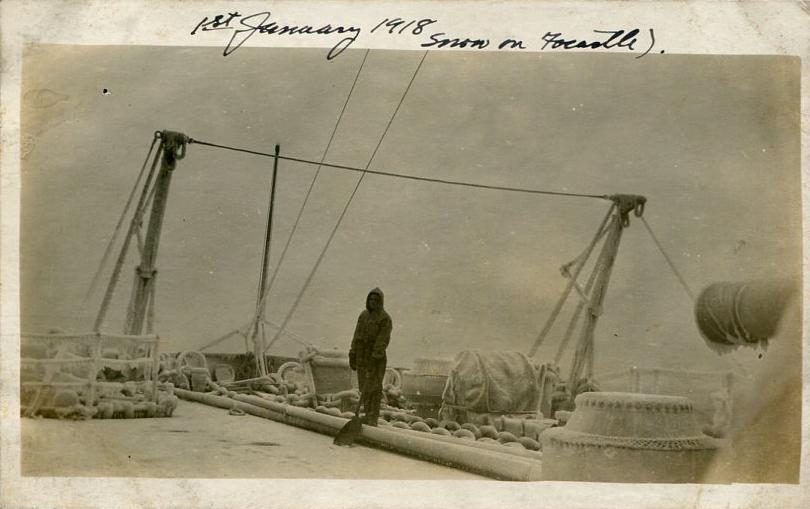 Try to find the date or year when this image was made.
Thanks for contributing!
Real-photo postcard of a photograph of an unidentified Navy or Marine Corps serviceman, wearing a heavy coat, standing holding a shovel to remove snow from the forecastle [upper deck] of the U.S. Navy battleship USS New Hampshire (BB-25) on January 1, 1918, during World War I. Ice sickles are hanging down from the railing ropes and gun barrel as a snow storm had hit the ship. Photograph believed to have been taken or collected by a U.S. Marine named Karlen while he was serving in a Marine Corps detachment on the New Hampshire (January 1, 1918).