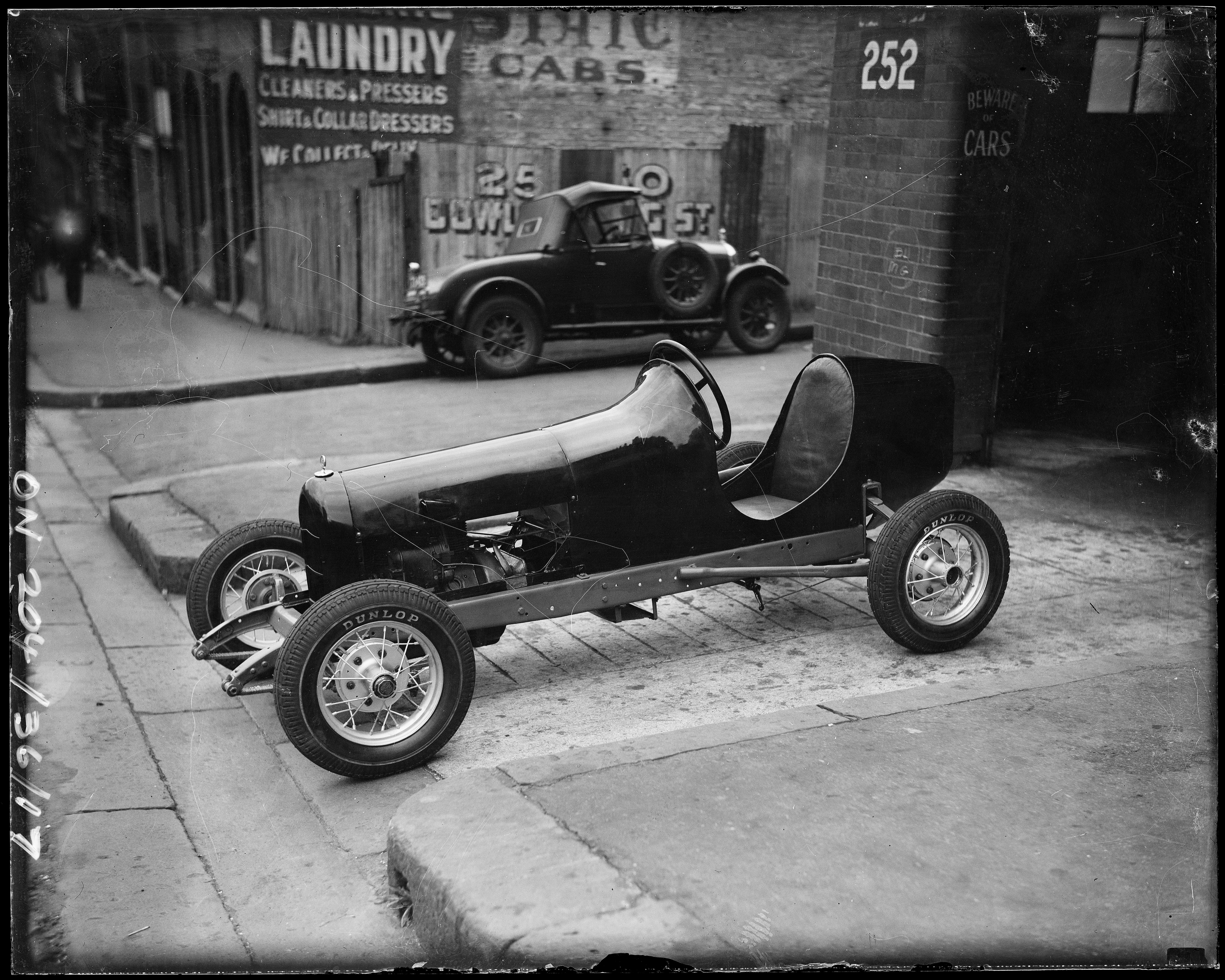 Try to find the date or year when this image was made.
Thanks for contributing!
Probably Arch Tuckett's Midget speed car with Henderson motorcycle engine, having engine work, in Dowling Street, East Sydney,/Woolloomooloo, next to C.A. Martin, decorator, 1934, Sam Hood, from glass negative, State Library of New South Wales, ON 204 Box 36/1-17 collection.sl.nsw.gov.au/record/Ydma4De9/55mL08NqD7qpL395354

The first race meeting for Midget speed cars in New South Wales was held at Wentworth Park Glebe on 5 October 1935. The first race was won by Arch Tuckett.