Rooms with a view and old ghosts... 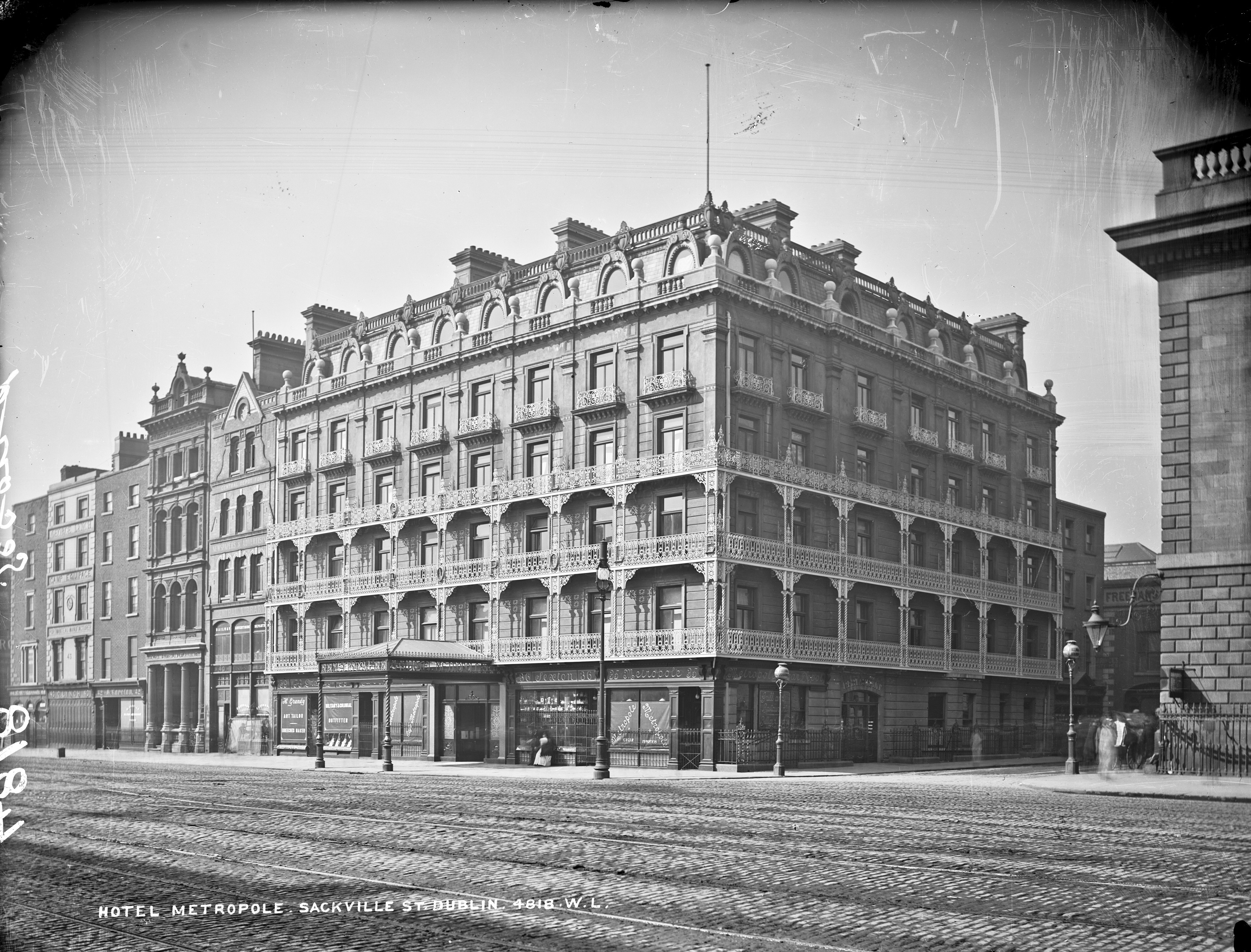 Try to find the date or year when this image was made.
Thanks for contributing!
A very interesting image from the lens of Mr. French today, the Metropole Hotel on the corner of Sackville (O'Connell) Street and Princes Street. Just one person seems to have stood still while the plate was exposed while many "ghosts" are seen moving into Princes Street. I imagine that it would have been such an addition to the life and activities of the modern O'Connell Stree?