The lads from Annagry would take some beating! 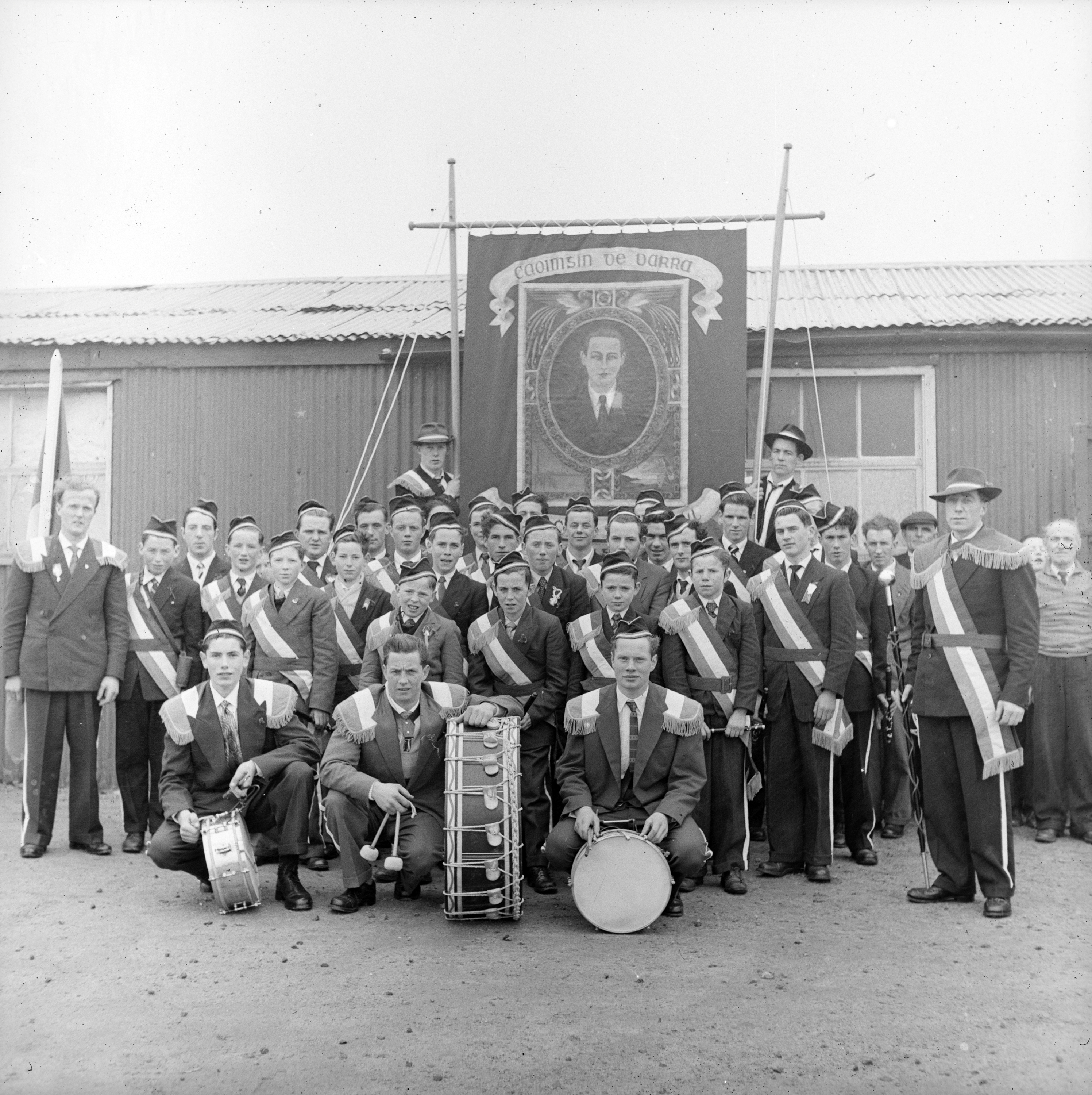 Try to find the date or year when this image was made.
Thanks for contributing!
Annagry is a small place with a small population but somebody, with a real passion for music, appears to have assembled a very large band! At first glance I thought that it was in some way connected to the Boys Brigade with that headgear on the younger folk but the banner with Kevin Barry would rule that out. I wonder if they still survive and what instruments they played?