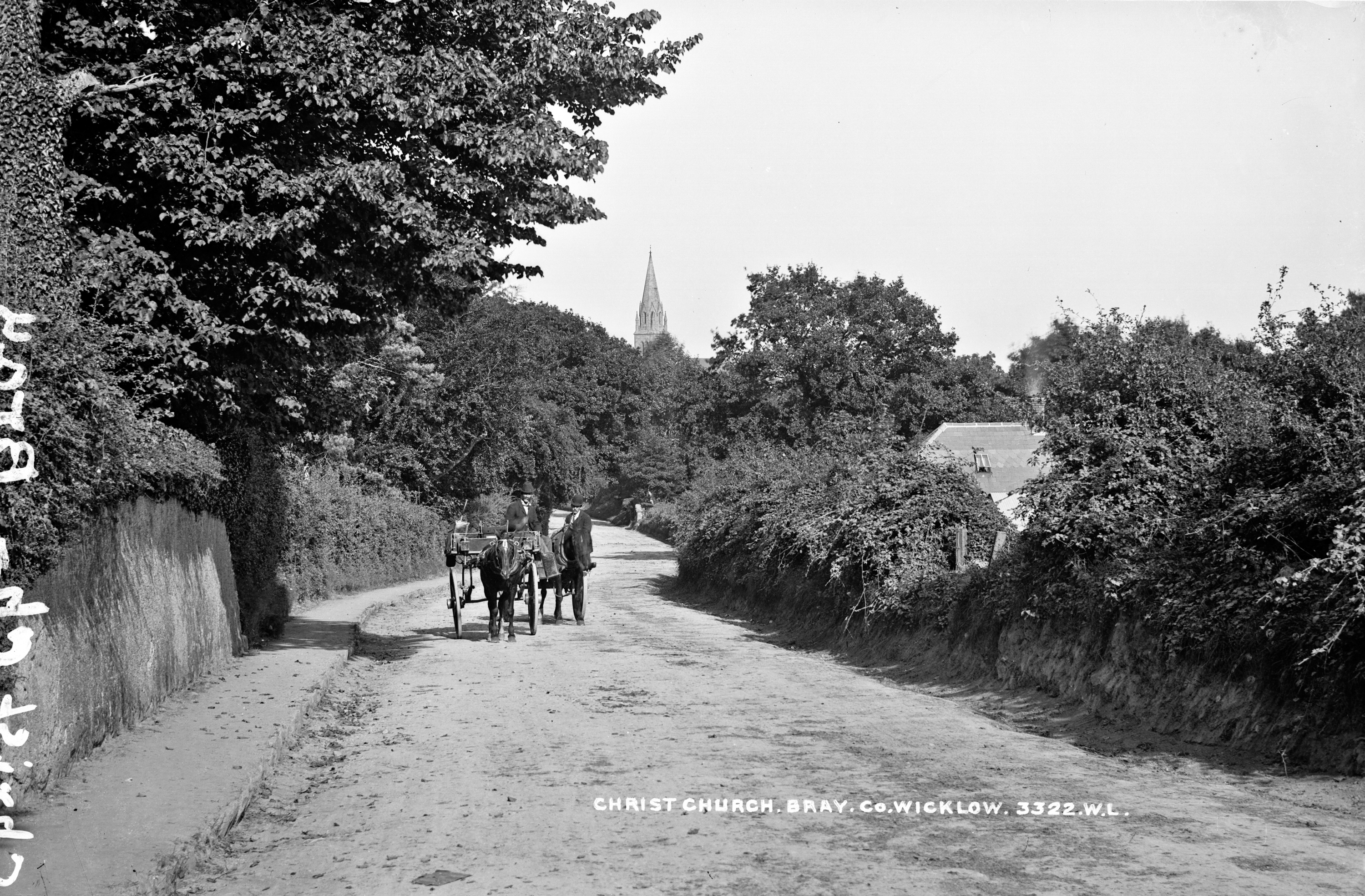 Try to find the date or year when this image was made.
Thanks for contributing!
May the blessings of Saint Patrick be upon you on this national saint's day wherever you may be!

St. Patrick was a Welshman, brought here initially as a slave and put minding pigs on the sides of Slemish in Ulster. His escape and subsequent return must have been traumatic but his conversion of the people in the country resonates down the centuries.
Now finding Christ Church in Bray is helped only by the spire sticking up out of the trees. The two jarvies waiting patiently are hoping for a few drinks for the day that's in it!