A family's story set in stone! 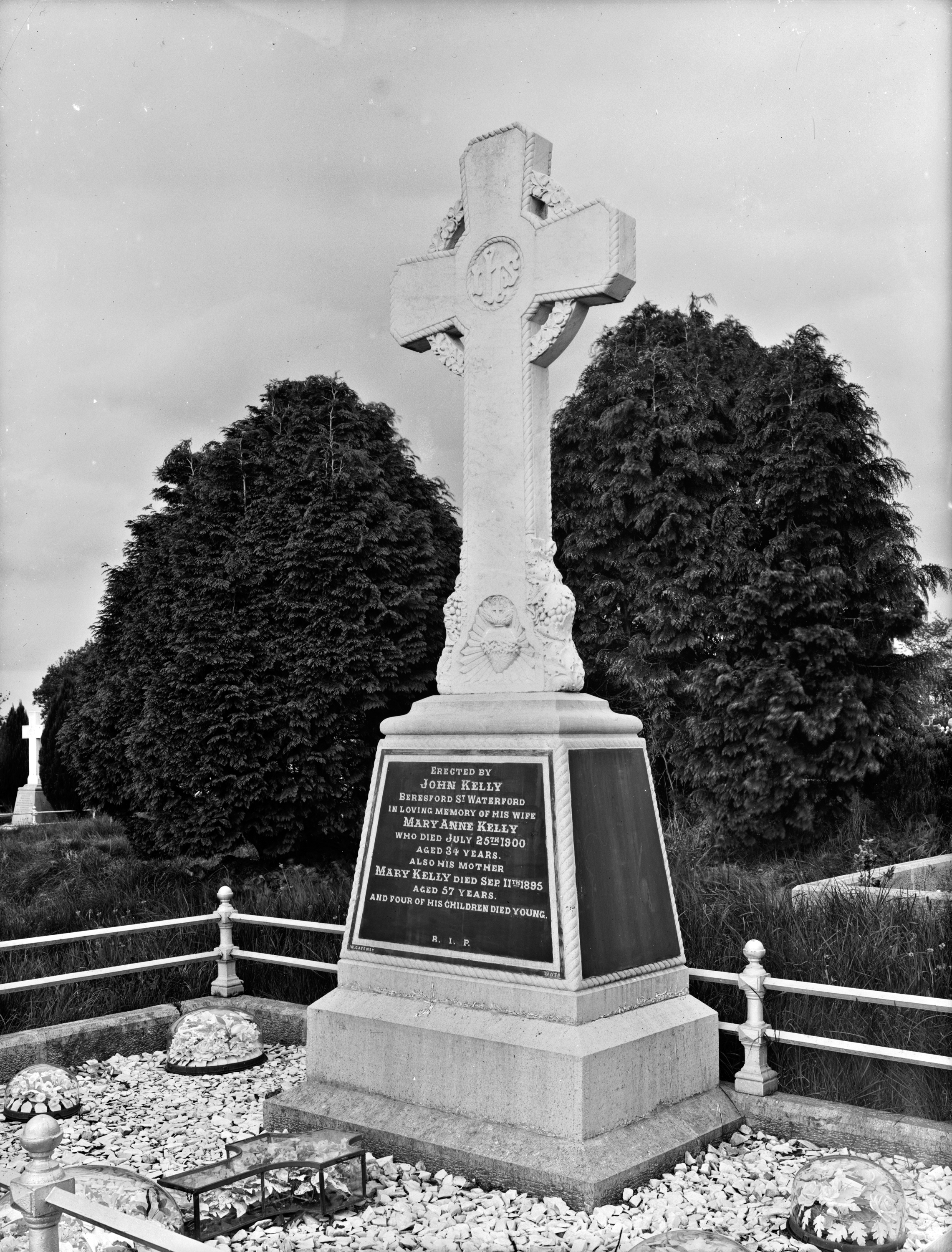 Try to find the date or year when this image was made.
Thanks for contributing!
A photograph of a crisp, newly erected headstone tells the story of a family in Waterford around the end of the 1800's and the early 1900's. Two women, a wife and a mother in law spending eternity together along with four lost babies makes for so much heartbreak for the Kelly family in Beresford Street.