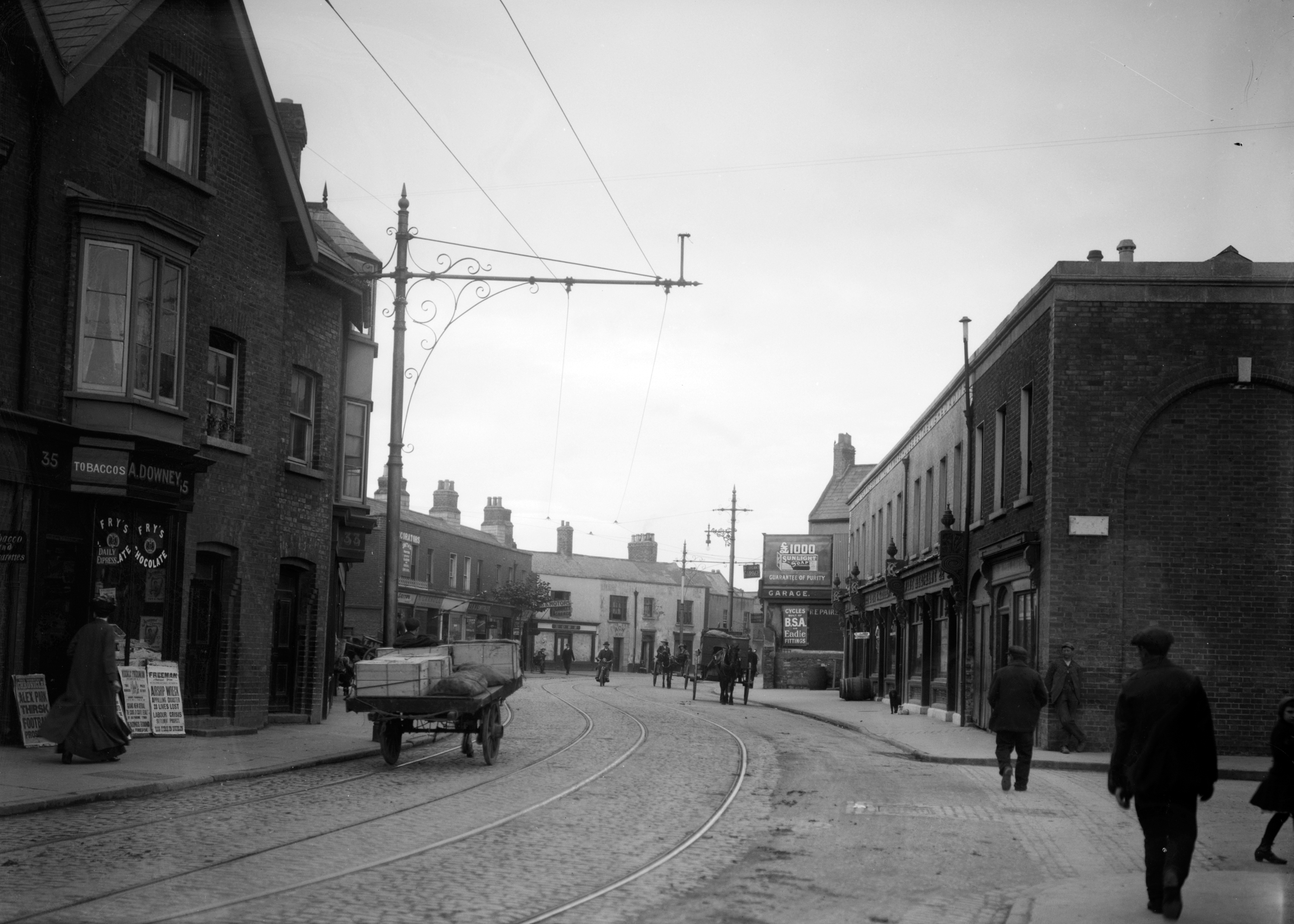 Try to find the date or year when this image was made.
Thanks for contributing!
The darned cataloguers in the NLI have been at it again! The title on this O'Connor photograph is Street scene, possibly in Dublin and clearly it is in Dublin and pretty much identifiable as being on the South Side! It is somehow familiar and we have a feeling that it was here before or somewhere very close but it is such a fine shot it deserves another airing!