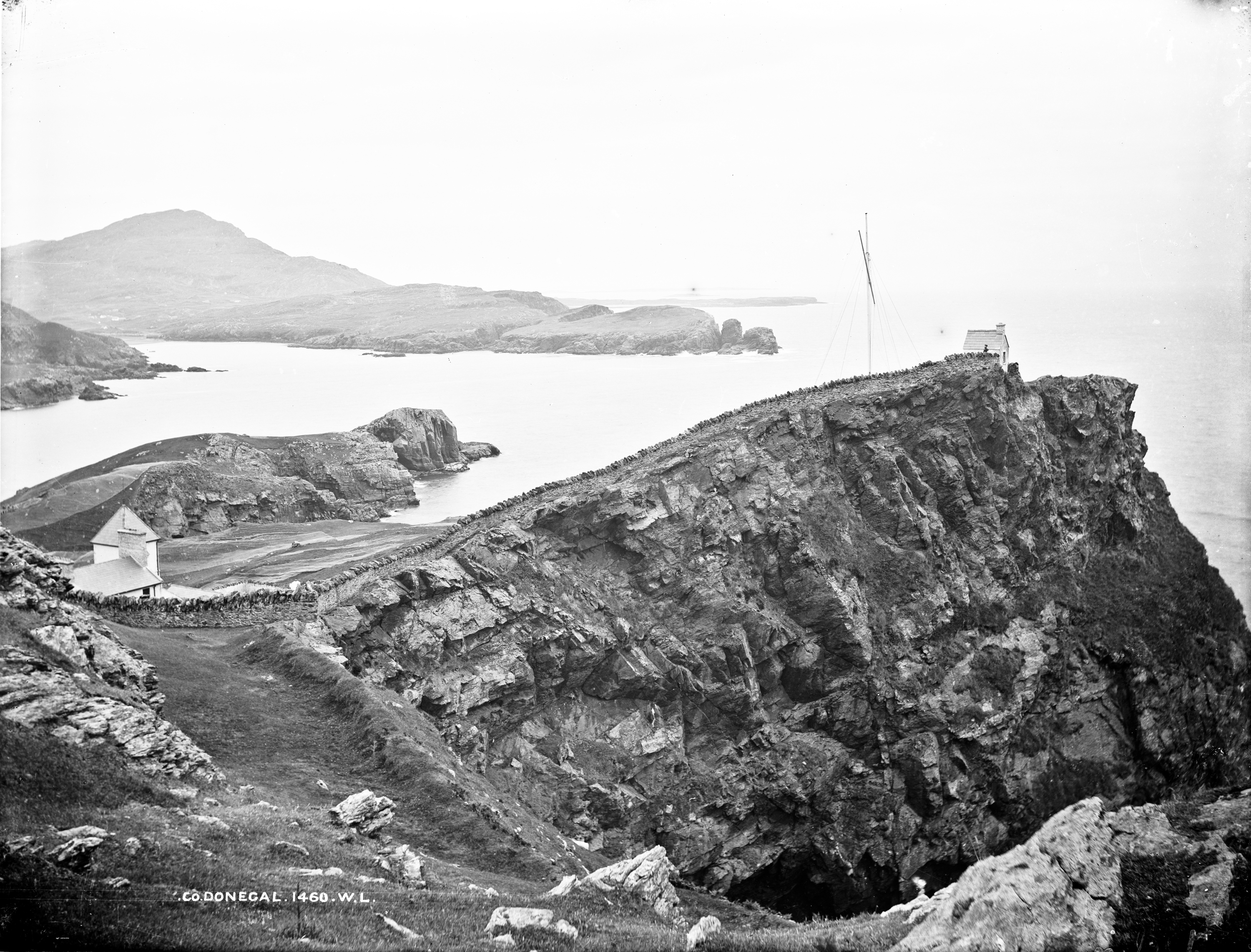 Try to find the date or year when this image was made.
Thanks for contributing!
For those living on Ireland's west coast over the millennia cliffs such as these must have appeared as if they were living on the edge of the world! (Flat earthers would agree of course) Wild, rugged, wind and sea swept it must have been true hardship for those stationed there?