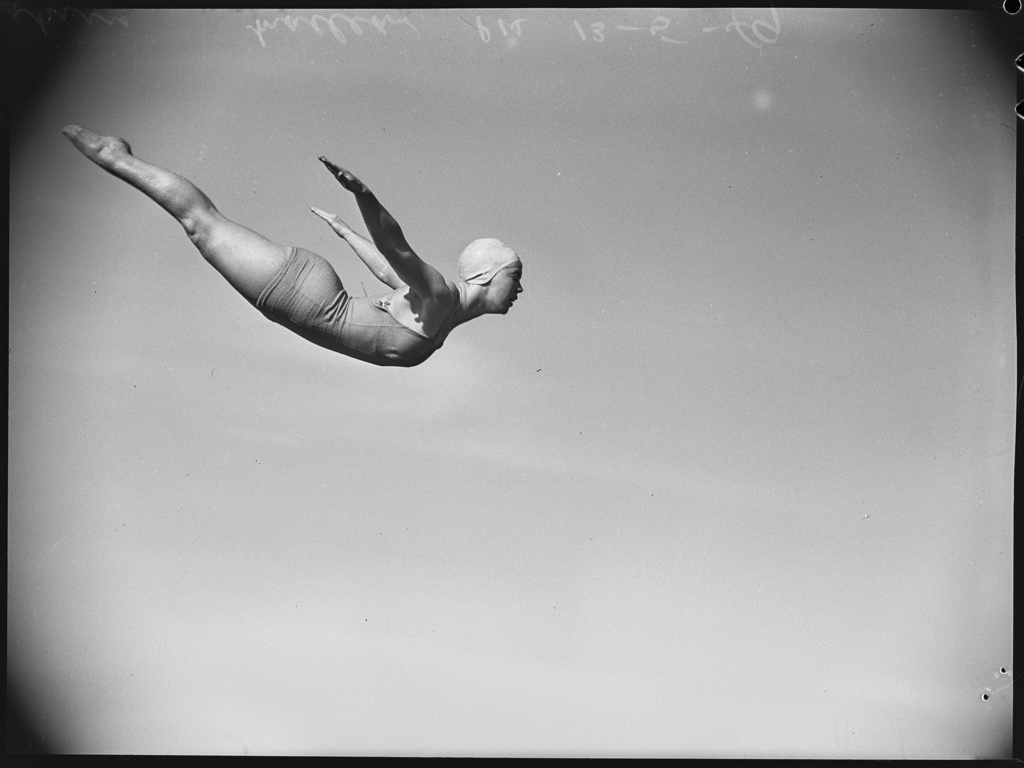 Try to find the date or year when this image was made.
Thanks for contributing!
Nolene Maclean, diving champion, Sydney {attrib.], 13 April 1949 by Robert Donaldson 388/Box 005/Item 038 collection.sl.nsw.gov.au/record/9NamwlbY/r5rO5ayGlmbwd

In 1949 Nolene Maclean finished 3rd in the high board championship and second in the springboard title at the diving competition of the Australian Swimming Titles held at Lake Emerson in Brisbane. Before this the controversial site had been a water filled pit named the Cannon Hill Quarry. BOUQUETS NOW FROM FORMER CRITICS OF POOL (1949, February 28). Brisbane Telegraph (Qld. : 1948 - 1954), p. 23 (CITY FINAL). Retrieved May 9, 2022, from nla.gov.au/nla.news-article216509672