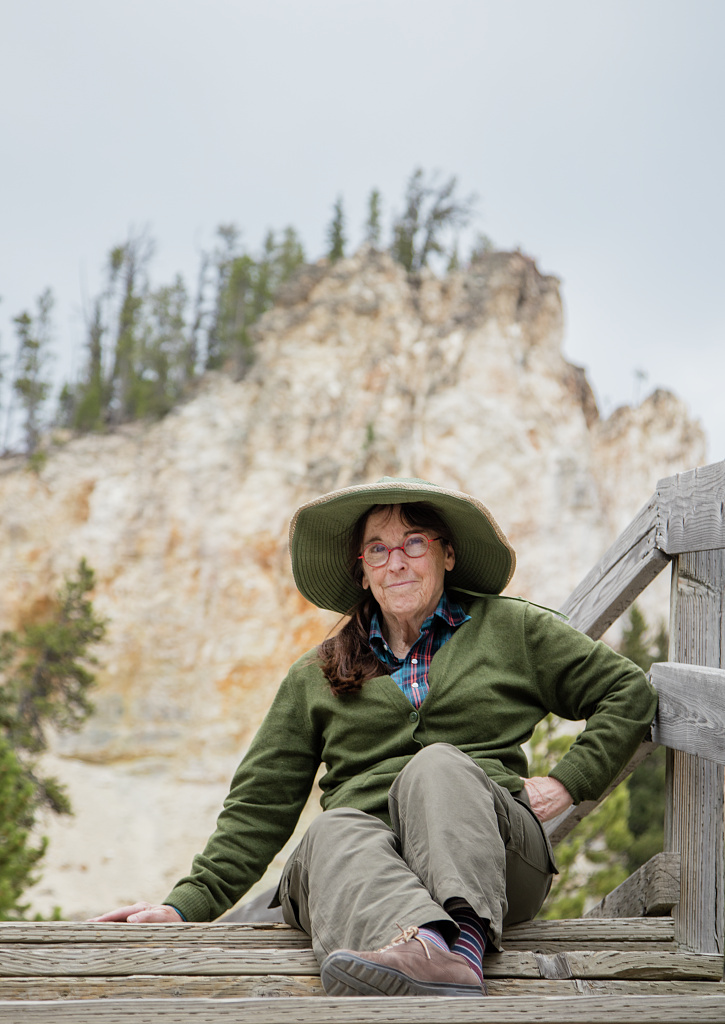 Try to find the date or year when this image was made.
Thanks for contributing!
Highsmith, Carol M.,, 1946-, photographer.

Notes:
Title, date and keywords based on information provided by the photographer.
Though best known for her images of antebellum mansions and other scenes of the American South, Johnston had visited Yellowstone Park, where where posed below a rock outcropping for a photo (see LC-USZ62-120449), likely taken by her chauffeur; Johnston never learned to drive. With the help of National Park Service rangers on her own photo expedition to the park in 2015, Highsmith found the exact spot of the Johnston portrait and, in tribute, stopped to replicate the photo beneath the same outcropping. The ledge on which Johnston had posed had long ago been removed to make room for the steep wooden staircase down to the Lower Falls of the Yellowstone River.
Credit line: Gates Frontiers Fund Wyoming Collection within the Carol M. Highsmith Archive, Library of Congress, Prints and Photographs Division.
Gift; Gates Frontiers Fund; 2015; (DLC/PP-2015:069).
Forms part of: Gates Frontiers Fund Wyoming Collection within the Carol M. Highsmith Archive.