Why did the piggies cross the road? 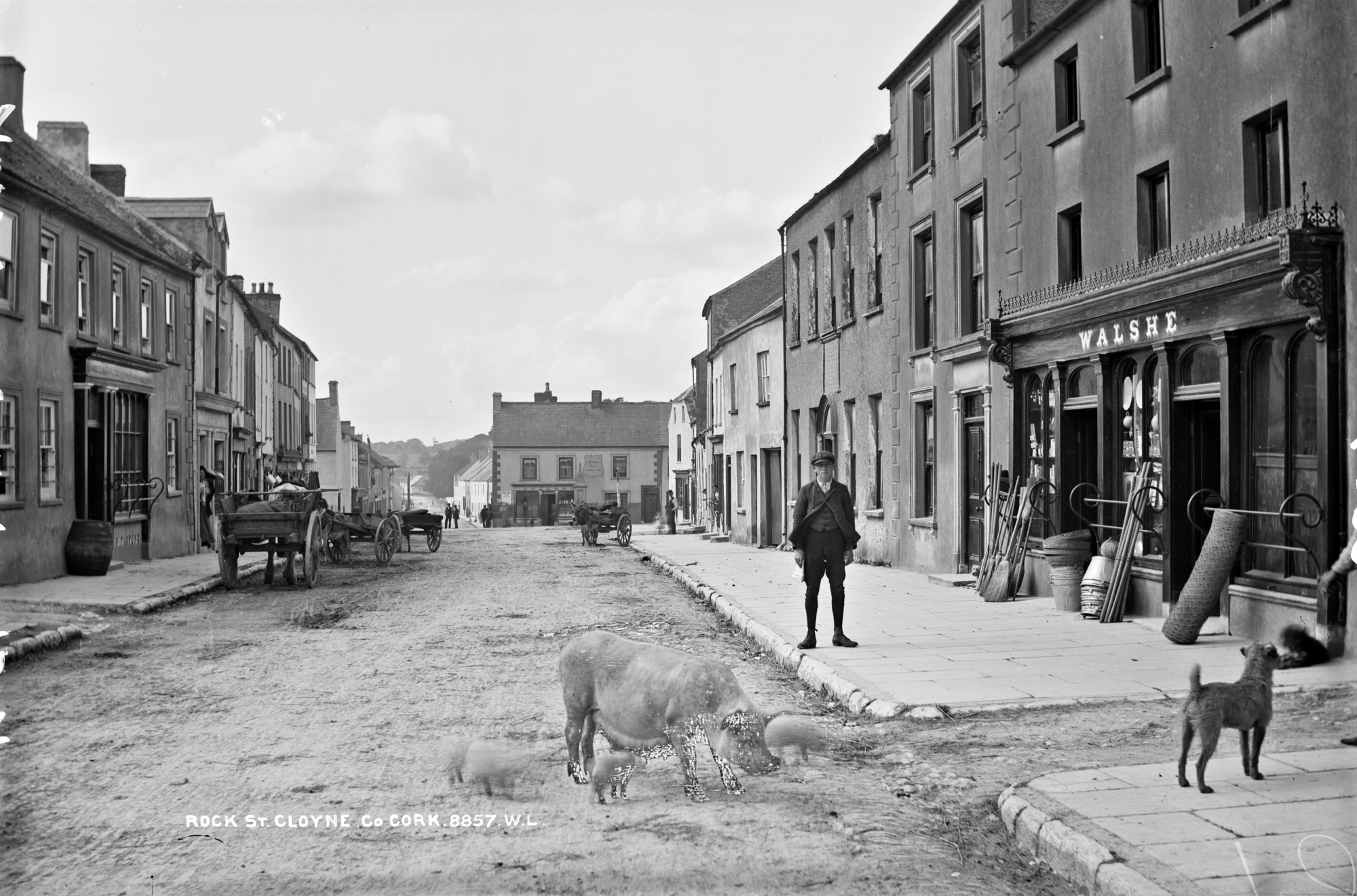 Try to find the date or year when this image was made.
Thanks for contributing!
They called it Rock Street but it could just as well have been Doggie street or even Piggie street? Perhaps "Bonham" street might have had a better ring to it? Regardless of what it is/was called Rock Street was rocking from our point of view with all the action taking place!