Quintin Castle - Up in Down? 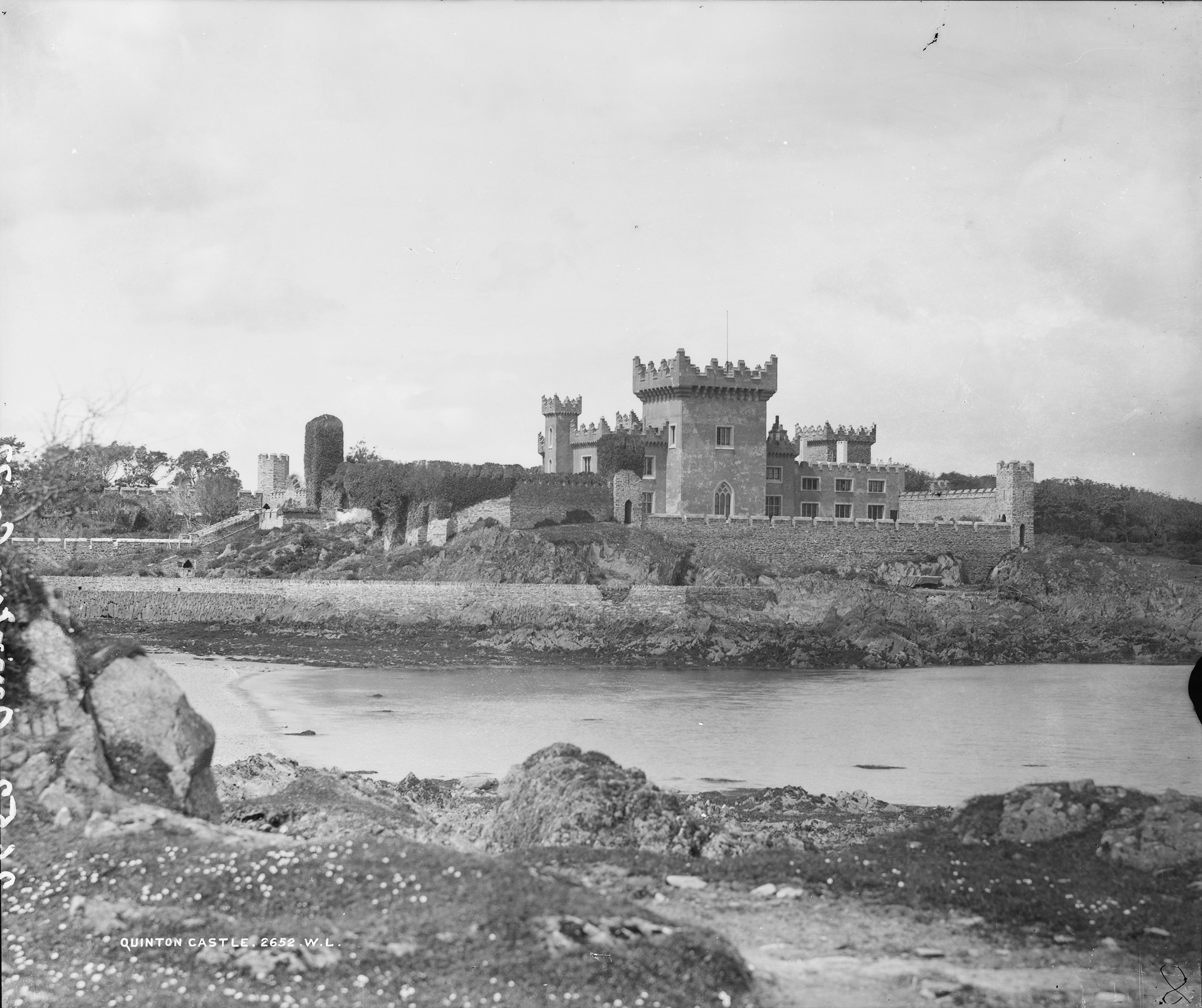 Where: N Ireland, Ards and North Down, UK

Try to find the date or year when this image was made.
Thanks for contributing!
Another Imperial Plate from the Lawrence Collection and yet another fairy castle similar to Castle Freke. A real retro structure in County Down looks like it has been built by a wannabee Lord rather than an historic fortification - though that may be my lack of knowledge rather than reality?