A picture of a picture picturing the picture? 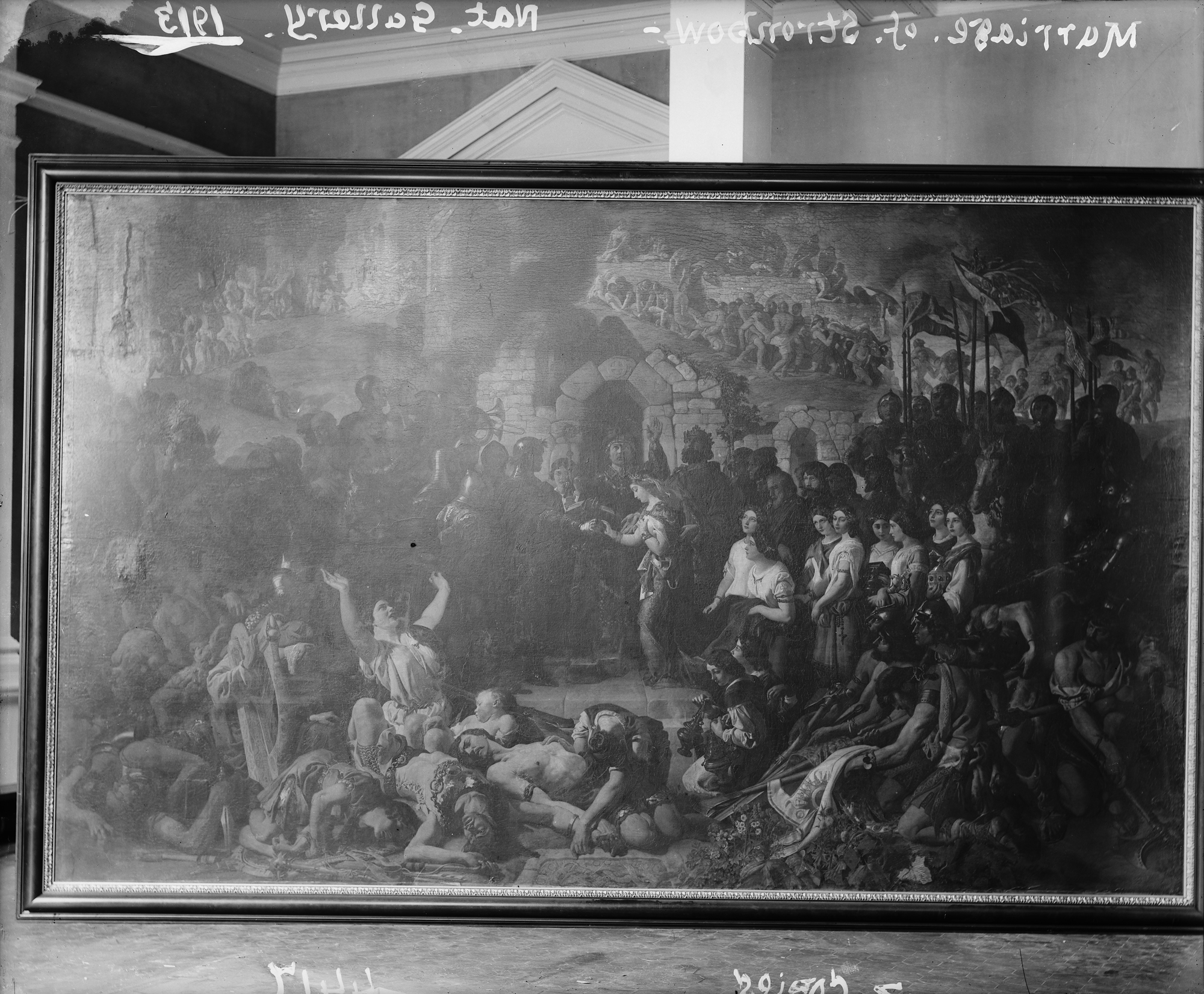 Try to find the date or year when this image was made.
Thanks for contributing!
An imperial plate of a painting in the National Gallery of Ireland just around the corner from the Library. An unusual one I imagine with a strange scene that clearly was not witnessed by the artist. Men in armour, long sharp spears, castles on the hill and dead and dying in the foreground. A time of great rejoicing it was not!