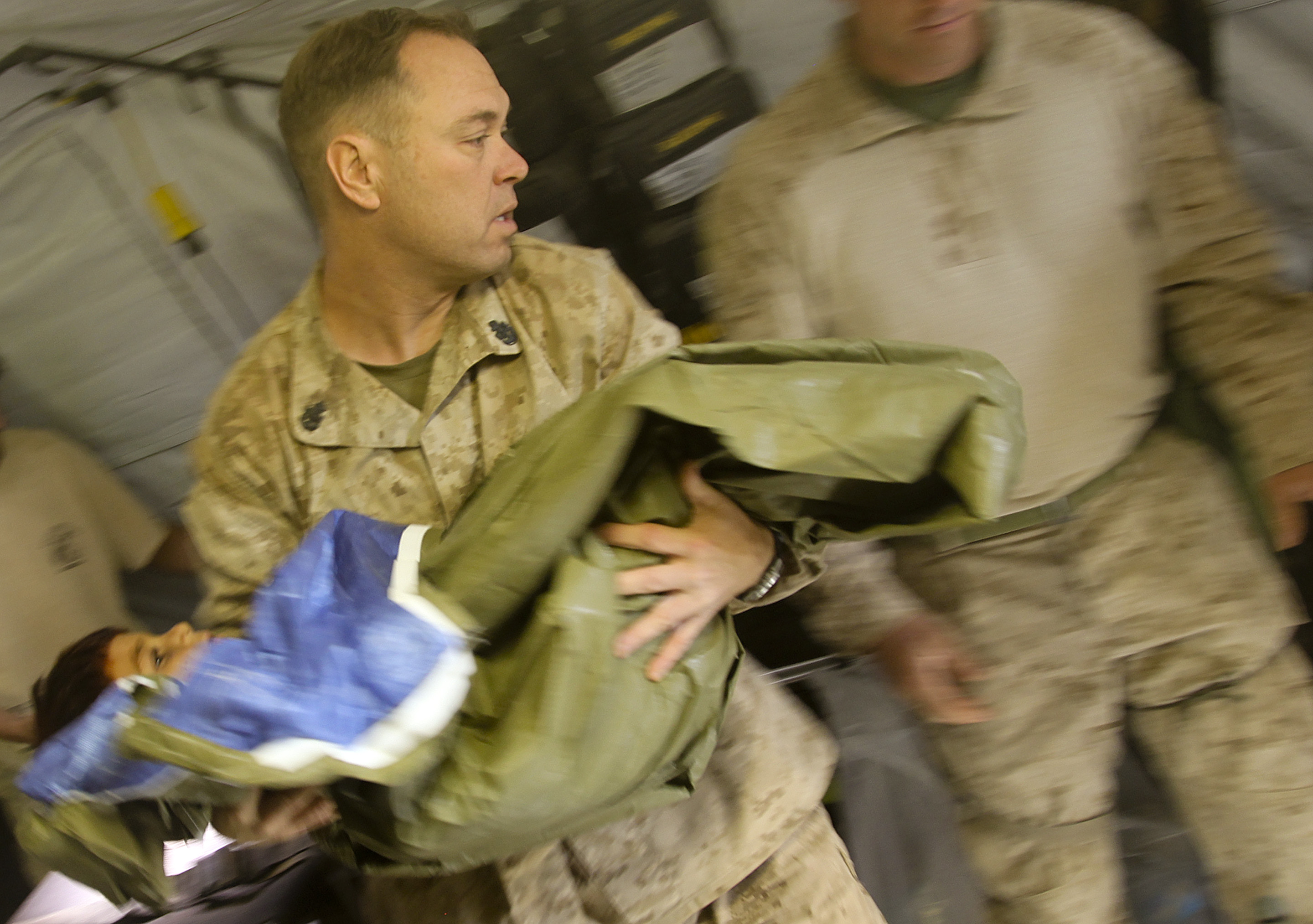 Try to find the date or year when this image was made.
Thanks for contributing!
HELMAND PROVINCE, Afghanistan (Sept. 25, 2009) Chief Hospital Corpsman Clarence Connor carries an Afghan boy to a stretcher at Forward Operating Base Geronimo, Helmand Province, Afghanistan. The boy suffered two gunshot wounds in his leg during what witnesses described as an attack by members of the Taliban. (U.S. Marine Corps photo by Lance Cpl. James Purschwitz/Released) (090925-M-2581P-835)