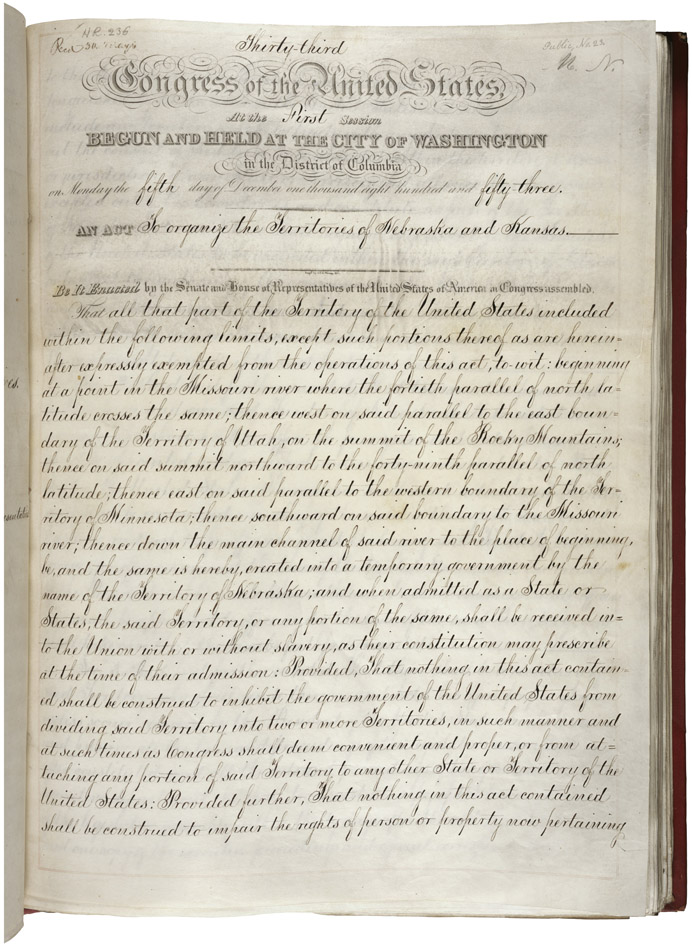 Try to find the date or year when this image was made.
Thanks for contributing!
Title: Kansas Nebraska Act of 1854

Creator(s): National Archives and Records Administration. Office of the Federal Register. (04/01/1985 - ) (Most Recent)

Department of State. (09/1789 - ) (Predecessor)
An Act to Organize the Territories of Nebraska and Kansas, 1854; Records of the Interior and Insular Affairs Committee and Its Predecessors, 1805-1988; Record Group 11; General Records of the United States Government; National Archives.

Officially titled "An Act to Organize the Territories of Nebraska and Kansas," this act repealed the Missouri Compromise, which had outlawed slavery above the 36° 30’ latitude in the Louisiana territories and reopened the national struggle over slavery in the western territories.