Plan of One Tower for the East River Bridge, 1867 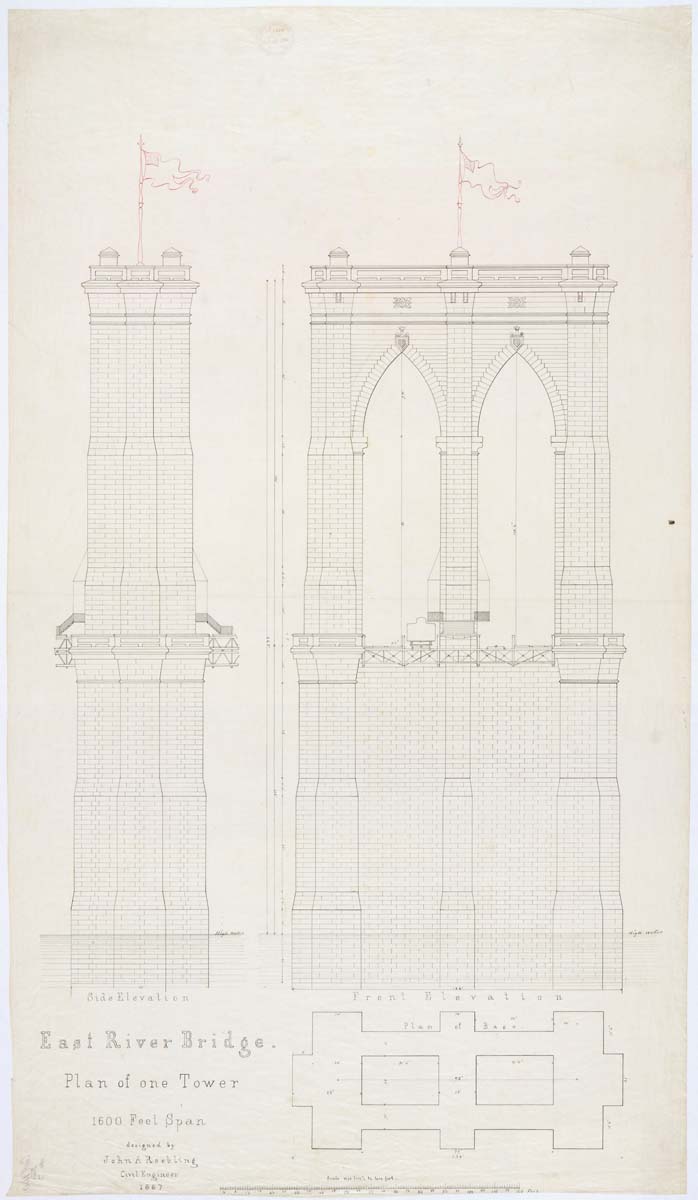 Try to find the date or year when this image was made.
Thanks for contributing!
Title: Plan of One Tower for the East River Bridge, 1867

German-born John A. Roebling and his son, Washington A. Roebling, designed and built the famous Brooklyn Bridge connecting the cities of New York and Brooklyn. The remarkable design used Roebling's patented system of steel wire cable construction. When it opened on May 24, 1883, the 1,595-foot main span was the longest suspension bridge in the world. Its graceful limestone and granite towers took 5 years to build and were designed with two large openings for the roadway.