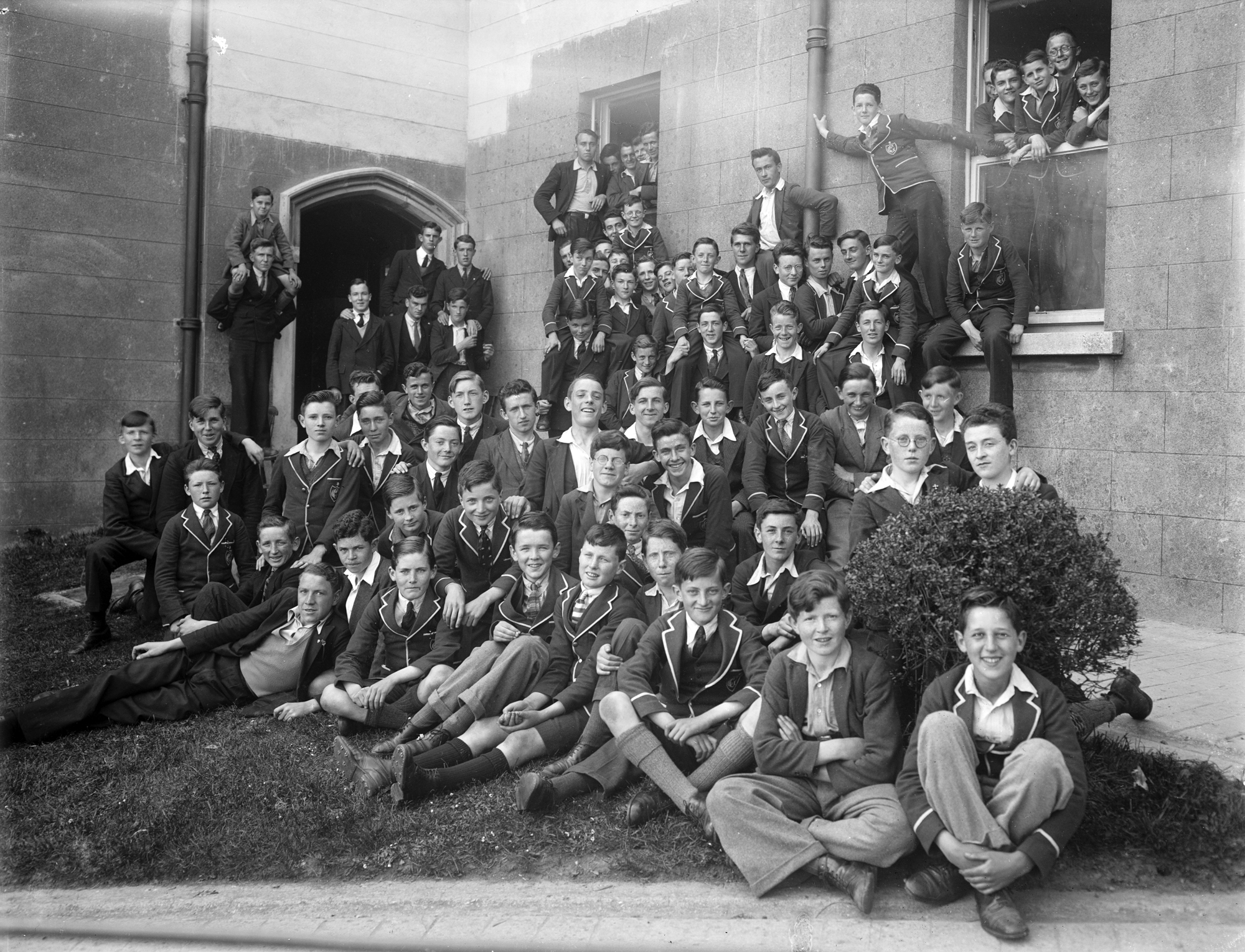 Try to find the date or year when this image was made.
Thanks for contributing!
Choosing photos for this stream is an interesting process, but whenever a photo makes me laugh that more or less clinches a slot, and that's what happened when I came across this one. Hope you like it too...

See our Flickr map above right for the location of this photo unearthed by blackpoolbeach on an OSI historic map.

And thanks to Michael Muldoon for this lovely information about one of the boys, who was his uncle:
"I recognise one of the boys as the late Charles Muldoon from Tiernascragh in Co.Galway. He is the boy with glasses standing with his left shoulder against the downpipe. He was about 18 years old at the time and went on to be ordained an Augustinian priest in Rome during W.W.2. He later served in Australia, Limerick and Galway before retiring from San Francisco around 1985. Had a reputation for being a fine bridge player. He was very proud of his poker school in New Ross which by all accounts was quite profitable. He was even prouder of getting wind of a crackdown by the authorities and selling the deck of cards just days before they were confiscated. There is a possibility that some of these boys are still alive and might be able to put names to the happy faces. Surely one of the finest school photos I have ever seen."