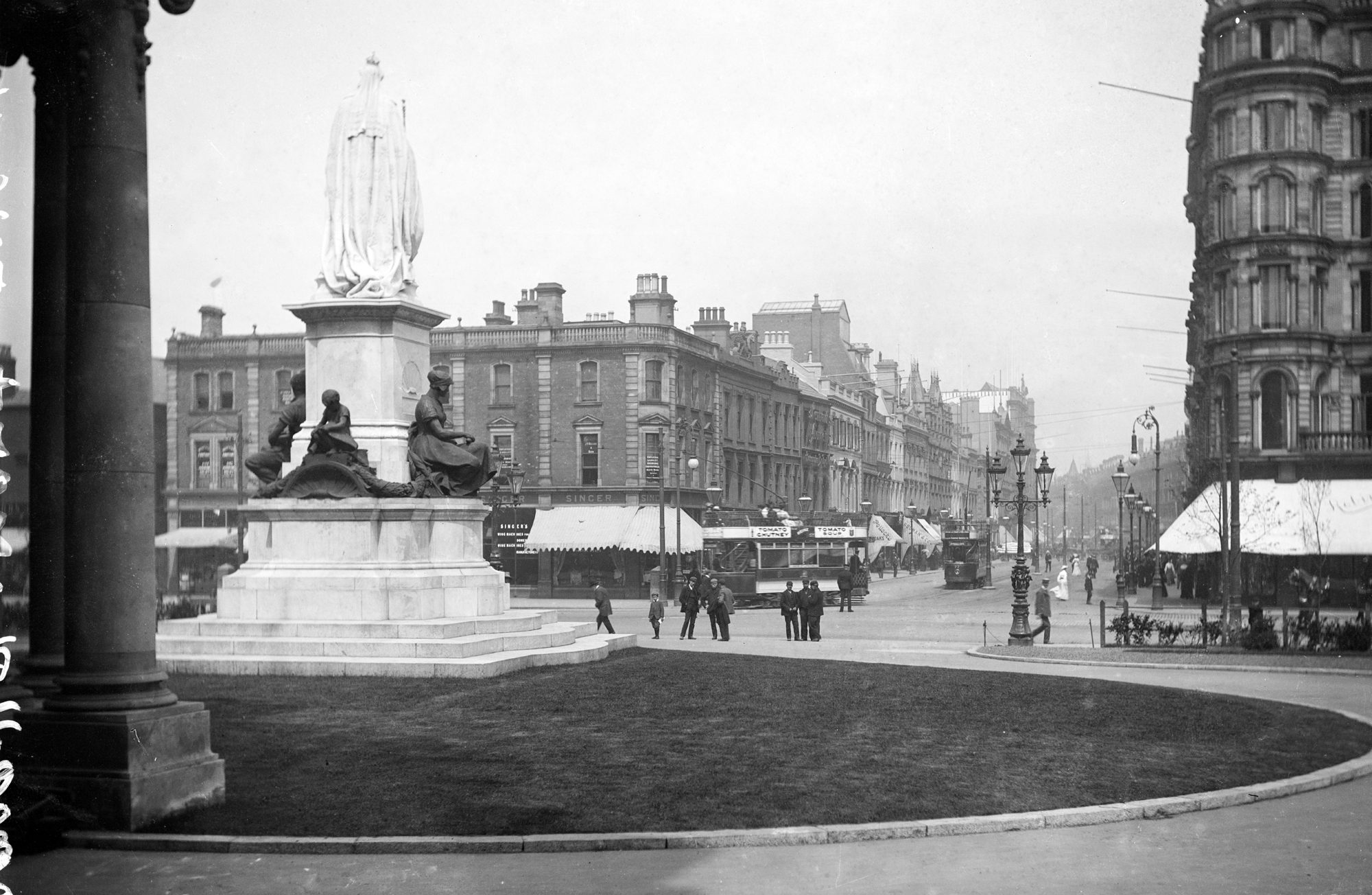 Try to find the date or year when this image was made.
Thanks for contributing!
This photo had been languishing on our catalogue with the sad title Unidentified - an unacceptable state of affairs, but our fantastic Flickroonies have rectified the situation...

Thanks to Niall McAuley for identifying this location as City Hall at Donegall Square North, Belfast in record time and providing us this link that says that City Hall was completed in 1906 - giving us an earliest possible date for this photo!

Nice history of Robinson and Cleaver Department Store in from Vab2009 - that's the building at right of the photo.

Thanks also to Cuddly Nutter for this information on the statue of Queen Victoria:
"The main sculpture outside the entrance was created by the sculptor Sir Thomas Brock RA to celebrate Queen Victoria’s Jubilee. Carved from Sicilian marble the eleven foot sculpture depicts the Queen as the regal ruler of the Empire; around the lower facades are beautiful bronze figures representing the shipbuilding and linen industries, another of a child facing city hall represents education. The sculpture was unveiled by King Edward VII in July 1903."

And great work on dating from all quarters. Consensus from evidence gathered is succinctly put by Gerry Ward:
"This is most definitely between 05 Dec 1905 - the date of the electrification of the Belfast Tramway system and the date in 1907 when Stevenson’s building for Steen & Milliken was completed. There is a reference to this building in the 04 May 1907 edition of Irish Builder, page 49, maybe Carol could access a copy in Library Towers to see whether it was finished at that time."

Did indeed check the Irish Builder, and Steen & Milliken's building was still under construction in April 1907 (from issue dated 4 May 1907). I think we can assume April 1907, given the length of time taken to put a publication together...