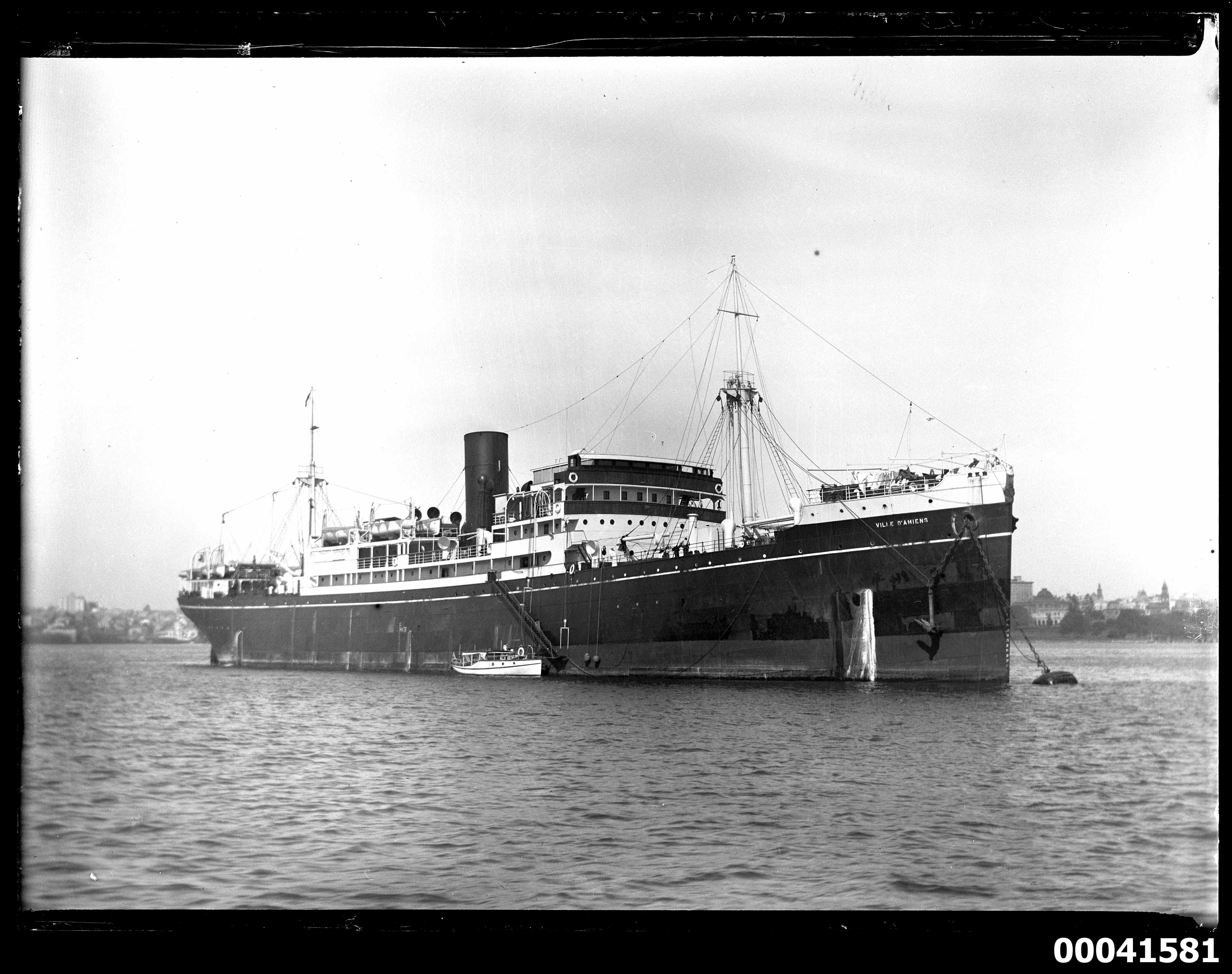 Try to find the date or year when this image was made.
Thanks for contributing!
This image depicts the VILLE D'AMIENS at the F&S buoy at Neutral Bay on Sunday 4 September 1932. Wilkinson captured the image from the 9.55am ferry from Mosman to Circular Quay.

Frederick Wilkinson (1901 - 1975) migrated to Australia from England in 1911. While wokring various jobs in and around central Sydney, Wilkinson acquired a camera and began taking photographs of vessels and harbour scenes. Many of his images were used by commercial photographers for souvenir postcards.