ABC Military Band playing with ABC commentator on a vessel, 1933-1951 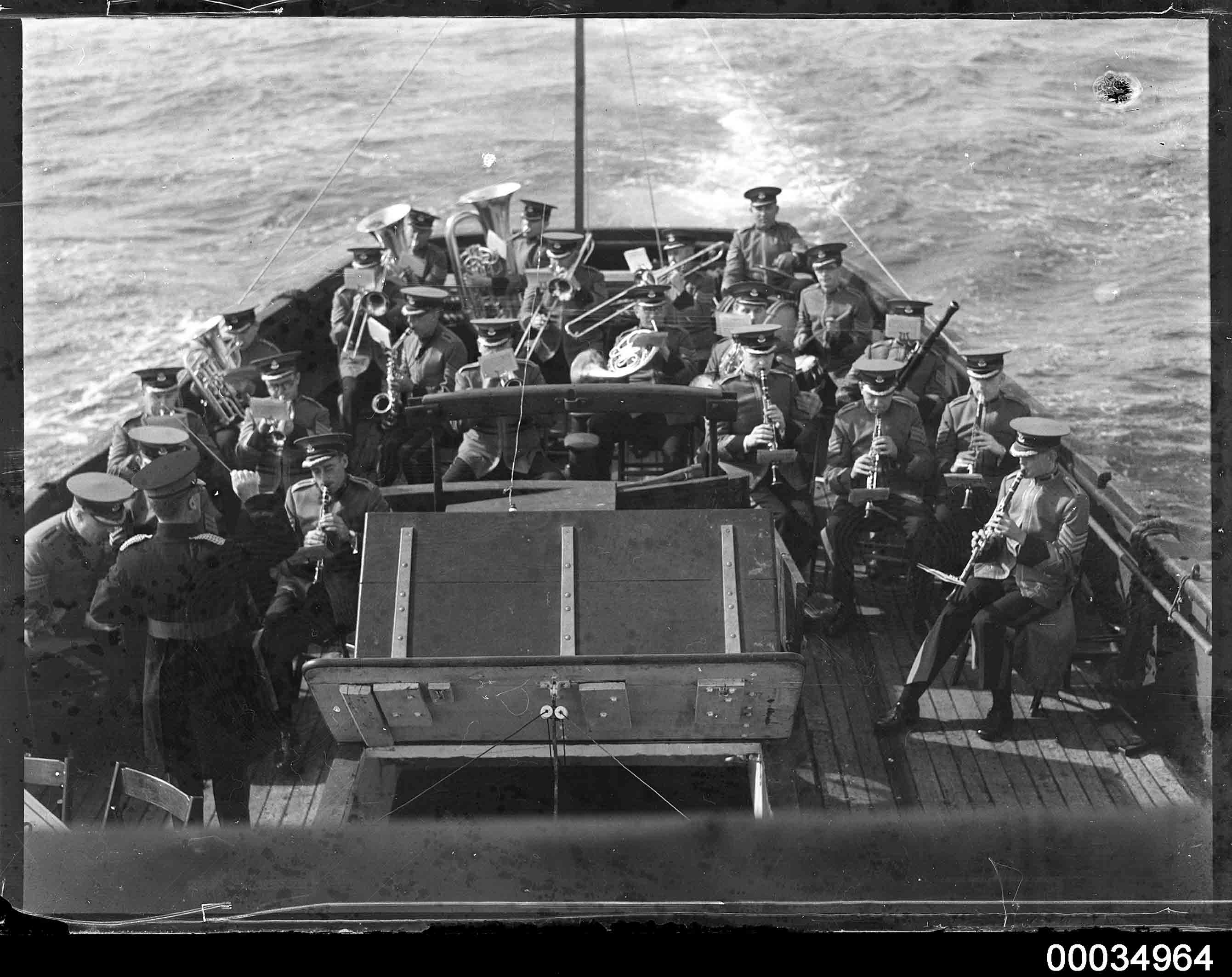