Cometary Knots Around A Dying Star 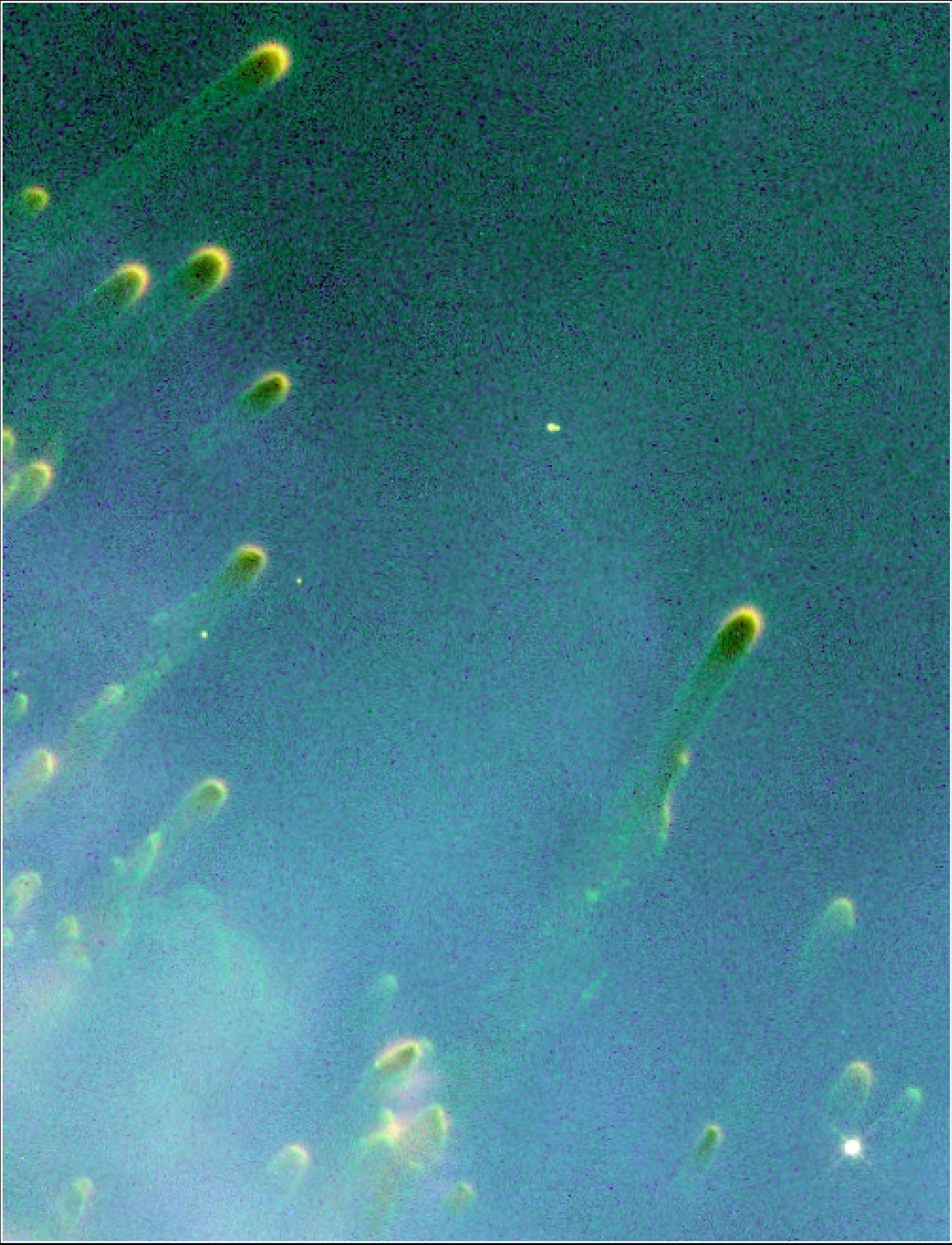 Try to find the date or year when this image was made.
Thanks for contributing!
These gigantic, tadpole-shaped objects are probably the result of a dying star's last gasps. Dubbed "cometary knots" because their glowing heads and gossamer tails resemble comets, the gaseous objects probably were formed during a star's final stages of life. Hubble astronomer C. Robert O'Dell and graduate student Kerry P. Handron of Rice University in Houston, Texas discovered thousands of these knots with the Hubble Space Telescope while exploring the Helix nebula, the closest planetary nebula to Earth at 450 light-years away in the constellation Aquarius. Although ground-based telescopes have revealed such objects, astronomers have never seen so many of them. The most visible knots all lie along the inner edge of the doomed star's ring, trillions of miles away from the star's nucleus. Although these gaseous knots appear small, they're actually huge. Each gaseous head is at least twice the size of our solar system; each tail stretches for 100 billion miles, about 1,000 times the distance between the Earth and the Sun. Astronomers theorize that the doomed star spews hot, lower-density gas from its surface, which collides with cooler, higher-density gas that had been ejected 10,000 years before. The crash fragments the smooth cloud surrounding the star into smaller, denser finger-like droplets, like dripping paint. This image was taken in August, 1994 with Hubble's Wide Field Planetary Camera 2. The red light depicts nitrogen emission ([NII] 6584A); green, hydrogen (H-alpha, 6563A); and blue, oxygen (5007A).