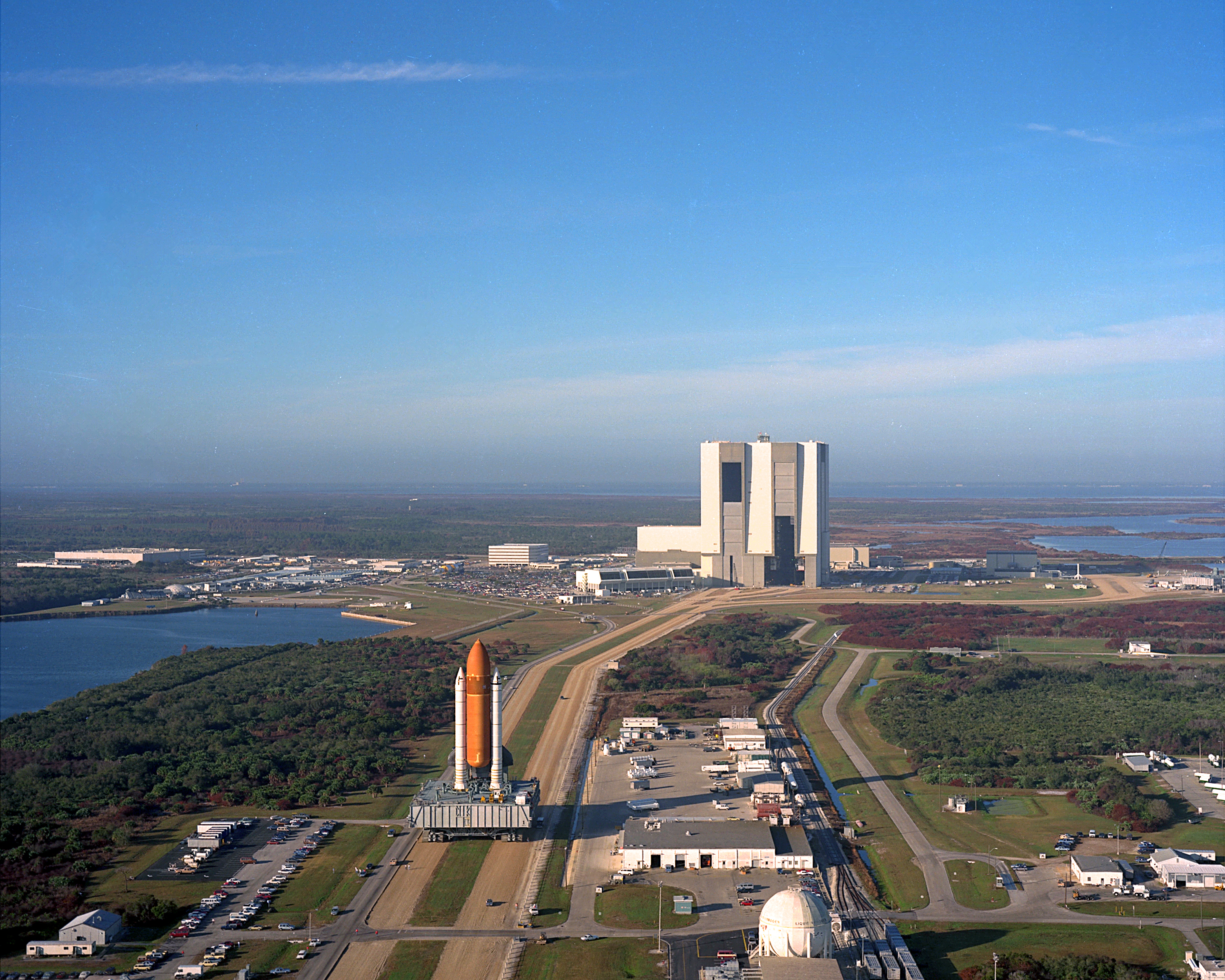 Try to find the date or year when this image was made.
Thanks for contributing!
The STS-36 vehicle and launch platform were rolled out to Launch Pad 39A on January 25, 1990, after the shortest stay in the Vehicle Assembly Building since return-to-flight after the Challenger accident. The distance between the VAB and Pad 39A is about 3.4 miles. Atlantis was being prepared for launch on Mission STS-36 dedicated to the Department of Defense. The launch took place on February 28, 1990.