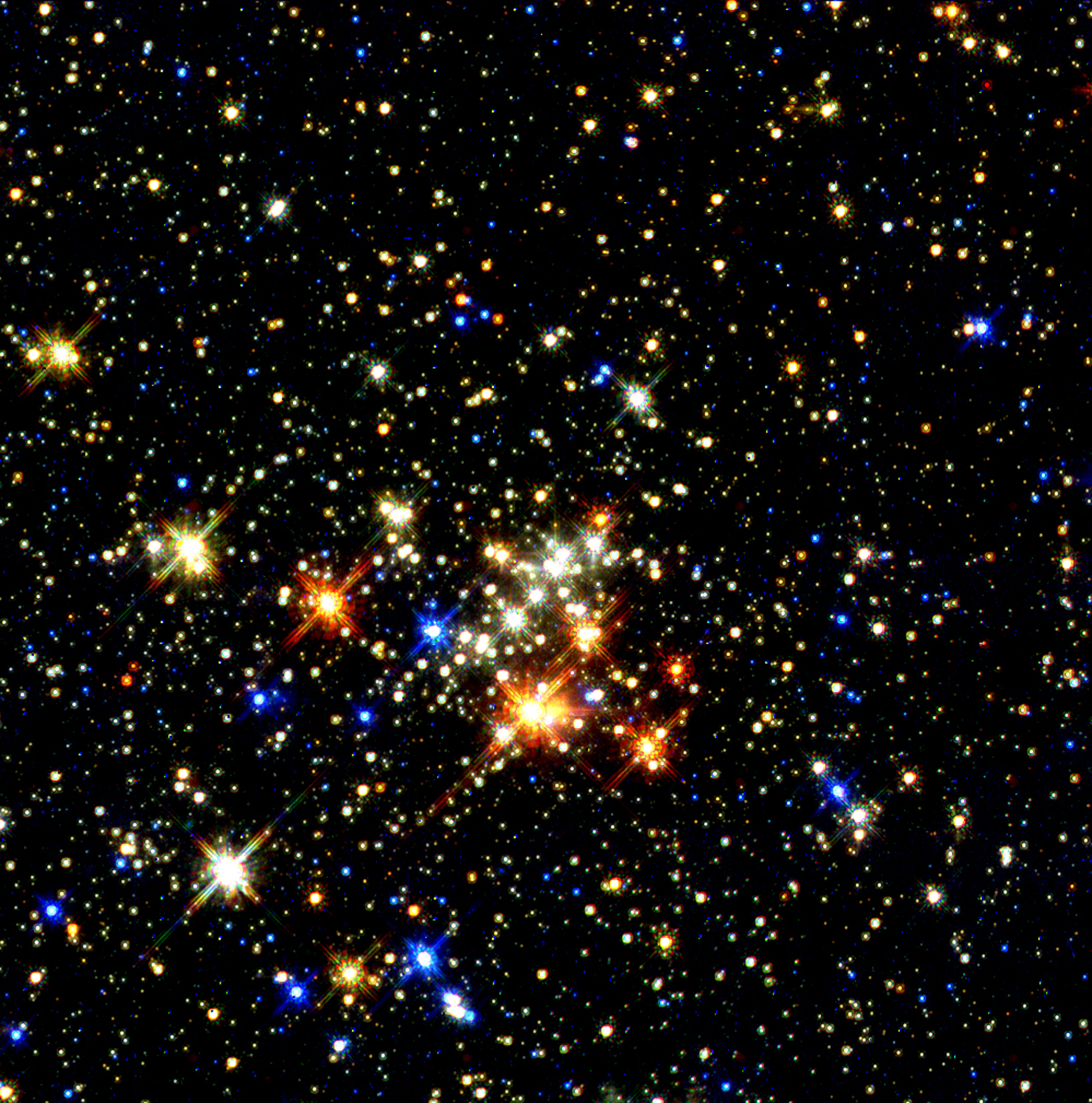 Try to find the date or year when this image was made.
Thanks for contributing!
Penetrating 25,000 light-years of obscuring dust and myriad stars, NASA's Hubble Space Telescope has provided the clearest view yet of one of the largest young clusters of stars inside our Milky Way galaxy, located less than 100 light-years from the very center of the Galaxy. Having the equivalent mass greater than 10,000 stars like our sun, the monster cluster is ten times larger than typical young star clusters scattered throughout our Milky Way. It is destined to be ripped apart in just a few million years by gravitational tidal forces in the galaxy's core. But in its brief lifetime it shines more brightly than any other star cluster in the Galaxy. Quintuplet Cluster is 4 million years old. It has stars on the verge of blowing up as supernovae. It is the home of the brightest star seen in the galaxy, called the Pistol star. This image was taken in infrared light by Hubble's NICMOS camera in September 1997. The false colors correspond to infrared wavelengths. The galactic center stars are white, the red stars are enshrouded in dust or behind dust, and the blue stars are foreground stars between us and the Milky Way's center. The cluster is hidden from direct view behind black dust clouds in the constellation Sagittarius. If the cluster could be seen from earth it would appear to the naked eye as a 3rd magnitude star, 1/6th of a full moon's diameter apart.