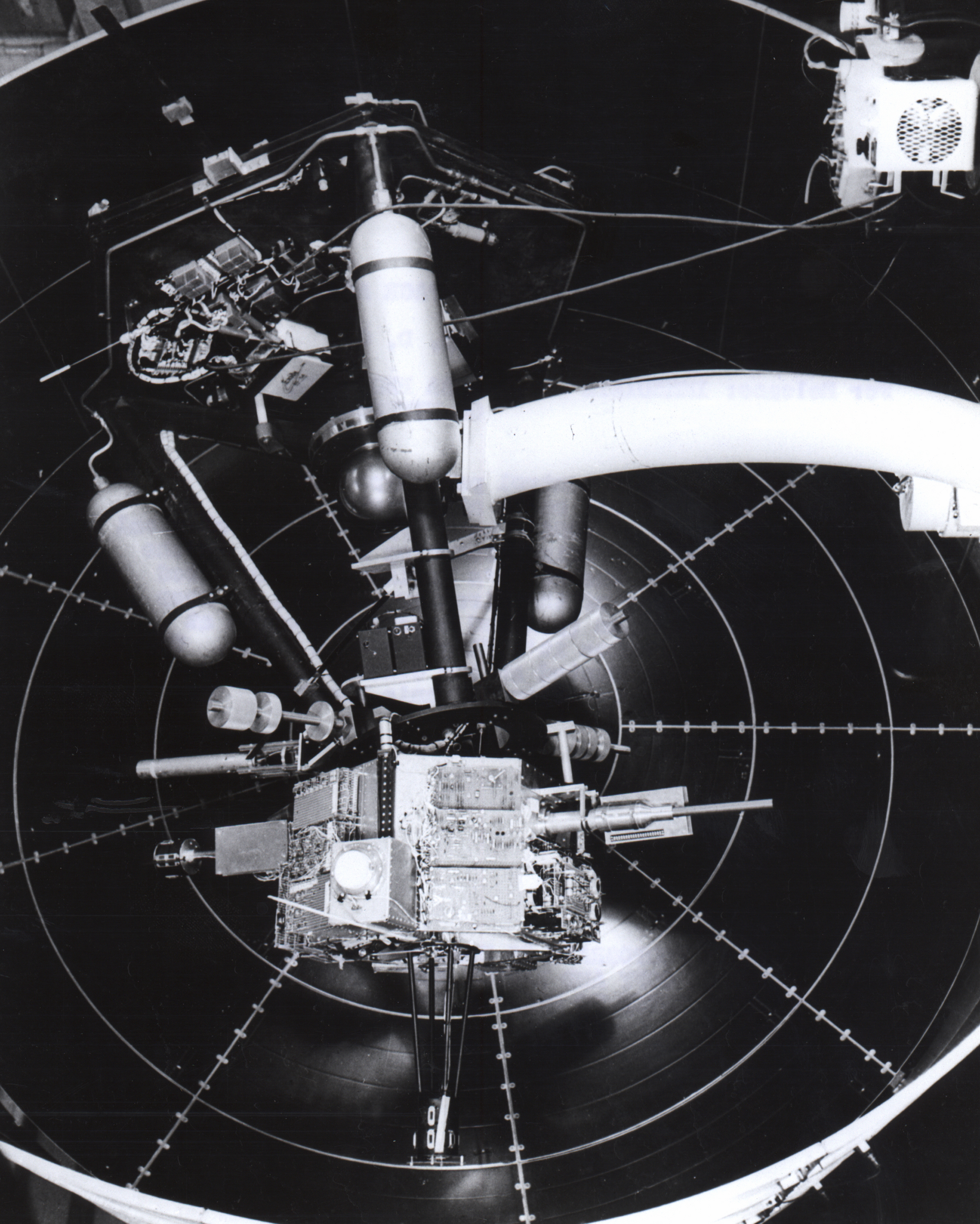 Try to find the date or year when this image was made.
Thanks for contributing!
Nimbus-5 stabilization control prototype subsystem being delicately balanced during development tests of NASA's meteorological satellite. The tests were conducted at the General Electric Valley Forge, Pennsylvania plant. Nimbus was a NASA program to develop observation systems for atmospheric and Earth science satellites. Nimbus-5 was launched on December 10, 1972, from Vandenberg Air Force Base, California, and was operational until March 29, 1983. The Horizon scanning equipment in the spacecraft locates the Earth's horizon, as simulated by the forward edge of the circular chamber, to keep it in proper position (pointed at the Earth at all times) as it makes its flight around the Earth. The first Nimbus was launched in 1964.