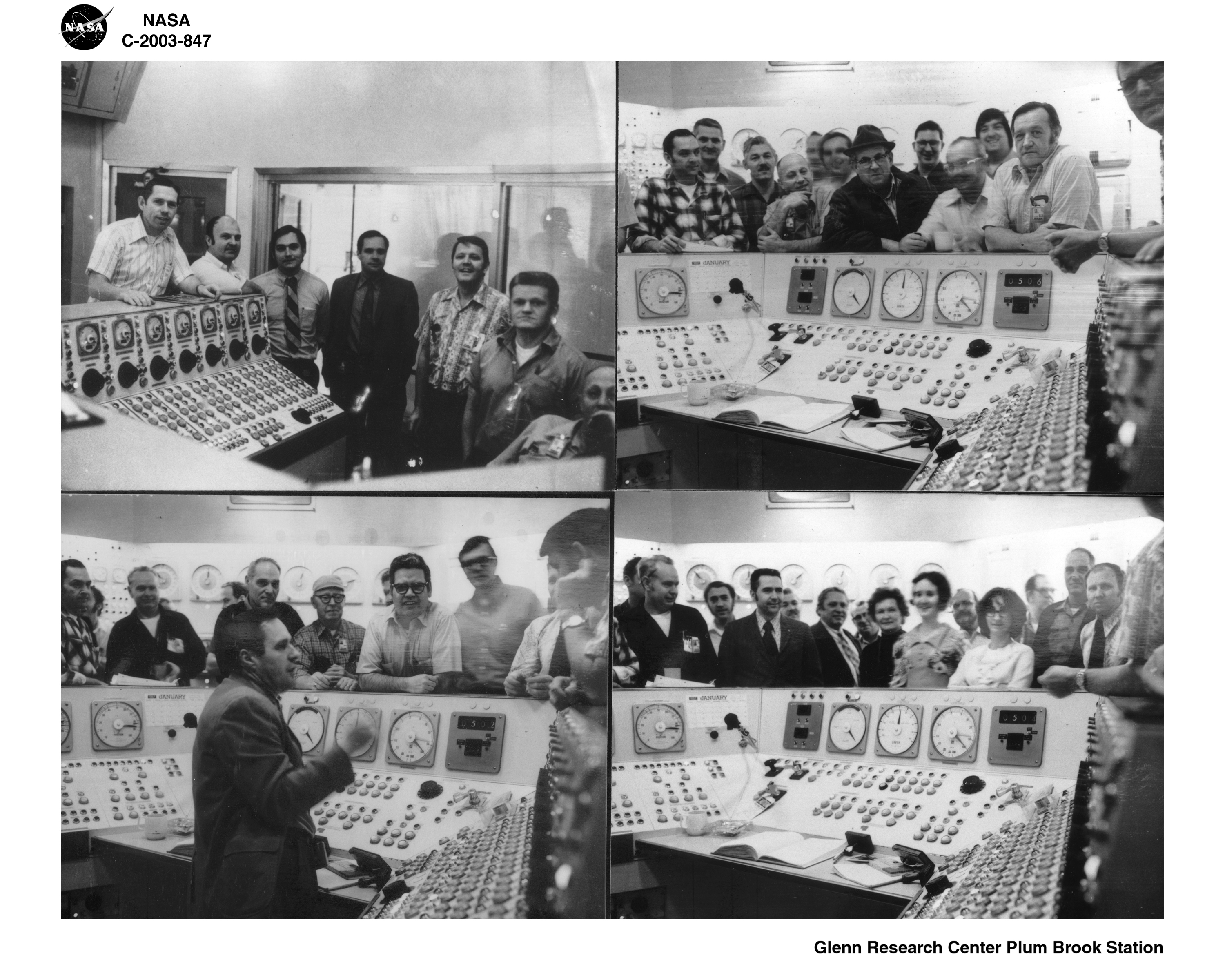 Try to find the date or year when this image was made.
Thanks for contributing!
Bill Fecych shut down the reactor for the last time on January 5, 1973, as Dale McCutheon, Dan Gardner, George Gowan, and others looked on. Employees had gathered in the Plum Brook auditorium for an announcement by Lewis (now Glenn) Center Director Bruce Lundin, little expecting to hear the news that Plum Brook would be closed. Two hours later, stunned employees crowded into the reactor control room and just after 2 p.m., witnessed the final shutdown of the Plum Brook reactor.