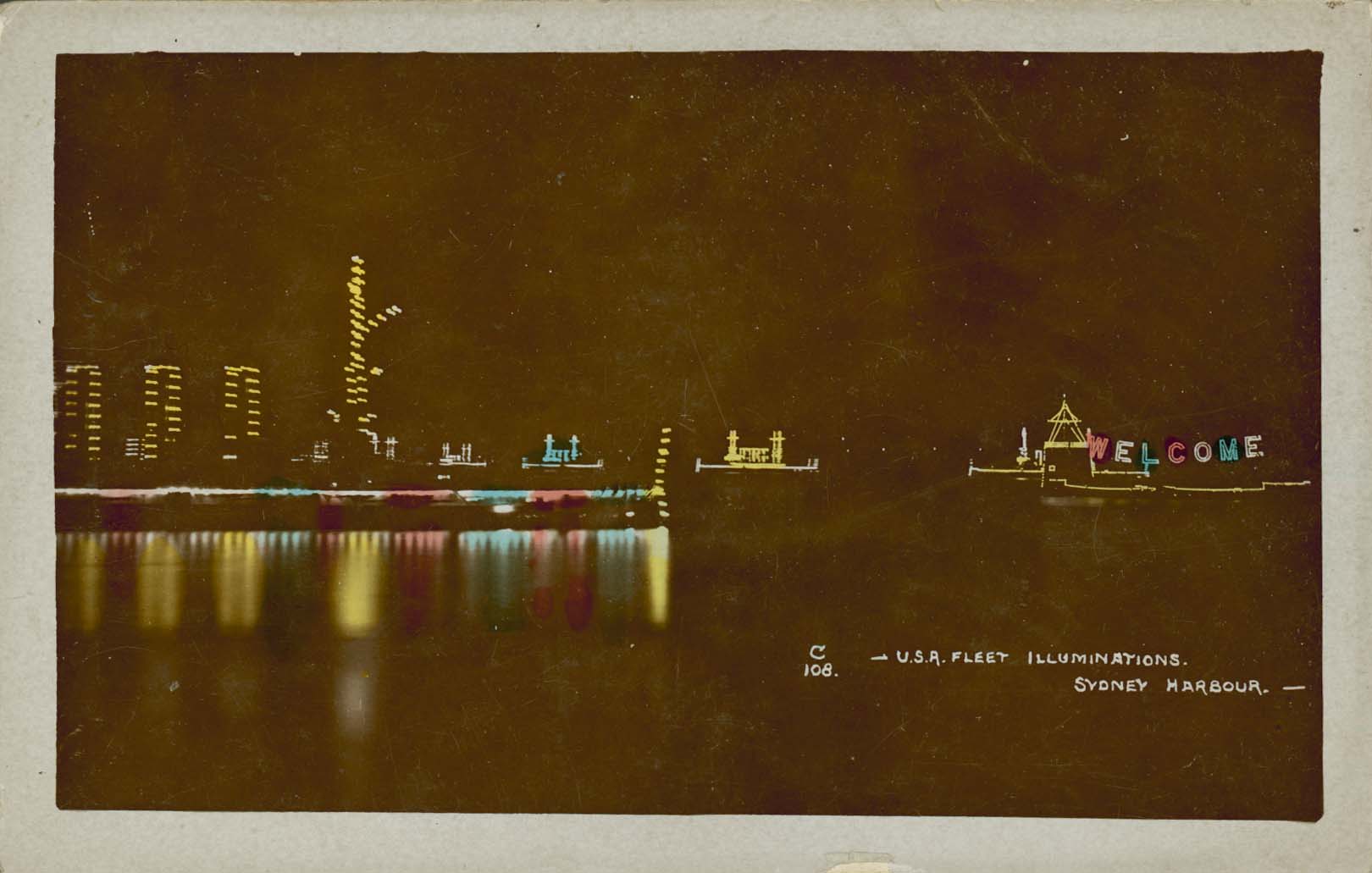 Try to find the date or year when this image was made.
Thanks for contributing!
This black and white photographic postcard depicts a night time view of two ships from the United States Great White Fleet and Fort Denison, illuminated in Sydney Harbour. The lights have been hand coloured. The postcard was printed to commemorate the visit of the American Fleet to Australia in 1908.

In December 1907 United States President Theodore Roosevelt sent the US Atlantic Battle Fleet of 16 battleships, all painted white in peacetime colours, on a 14 month goodwill cruise around the world. The voyage came at a time of tense relations between Japan and America and gave the US an opportunity to demonstrate its blue-water naval capabilities as well as strengthen diplomatic ties. The fleet arrived in Australia on 20 August 1908.

For more information on lightshows of the past, see our blog.