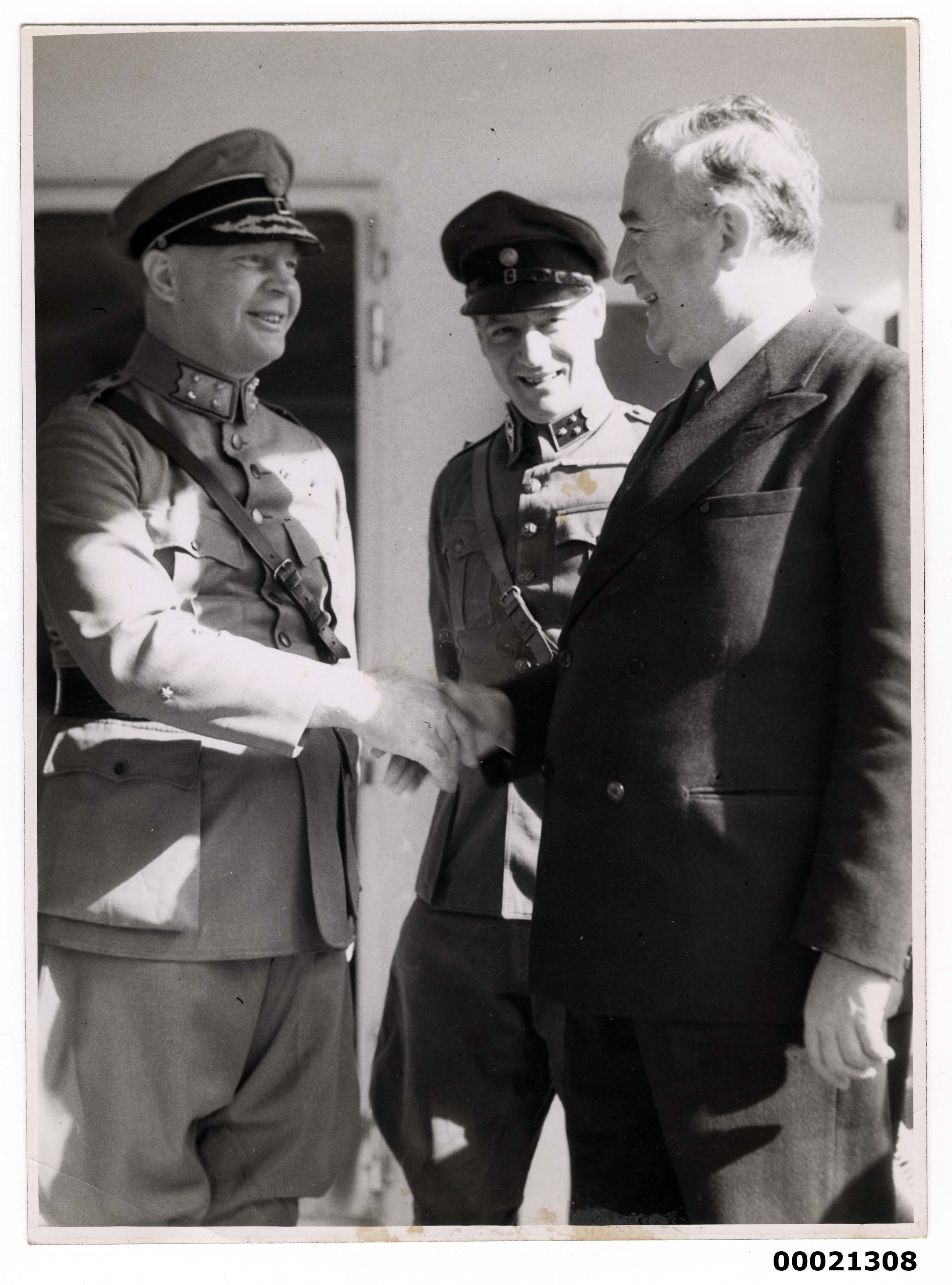 Try to find the date or year when this image was made.
Thanks for contributing!
This image depicts the Dutch representative, Major-General Hein ter Poorten shaking hands with Australia's prime minister at the time, Robert Gordon Menzies on board TSS ORANJE II. Watching the pair is ter Poorten's aide-de-camp Captain A Zimmerman. On 28 June 1941, after a refitting at Cockatoo dock, Prime Minister Menzies hoisted a Red Cross flag on the Dutch liner ORANJE. The ceremony marked the handing over of the vessel from the Dutch Netherlands Indies Government to the Australian and New Zealand Governments to be used as a hospital ship.