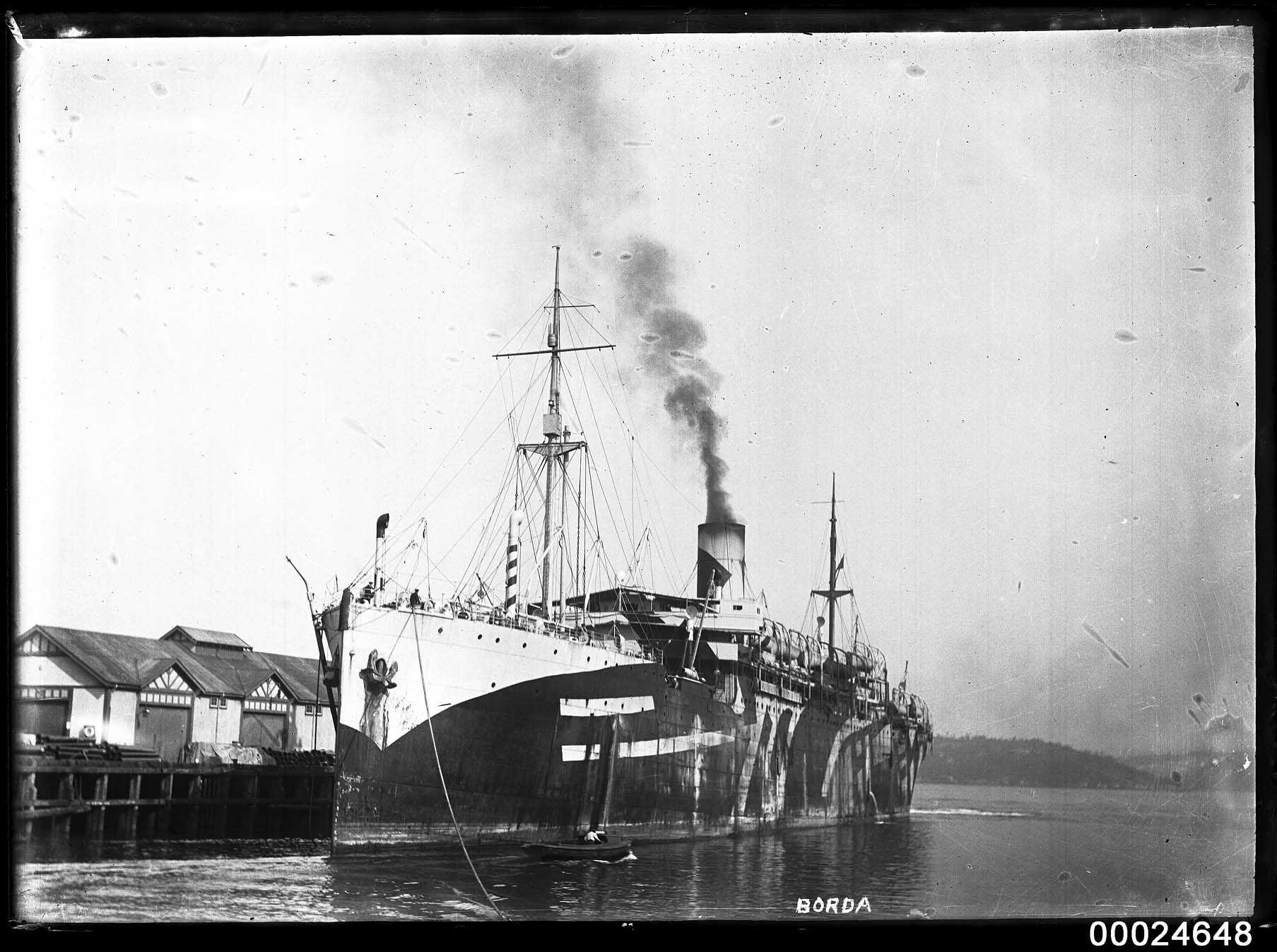 Try to find the date or year when this image was made.
Thanks for contributing!
This glass plate negative depicts the portside bow view of HMAT BORDA beside wharf 10 at Millers Point, Sydney. Its hull and funnel are painted in dazzle camouflage. BORDA was requisitioned from the P&O Steam Navigation Company by the government for use as troopship in 1916 or 1917.