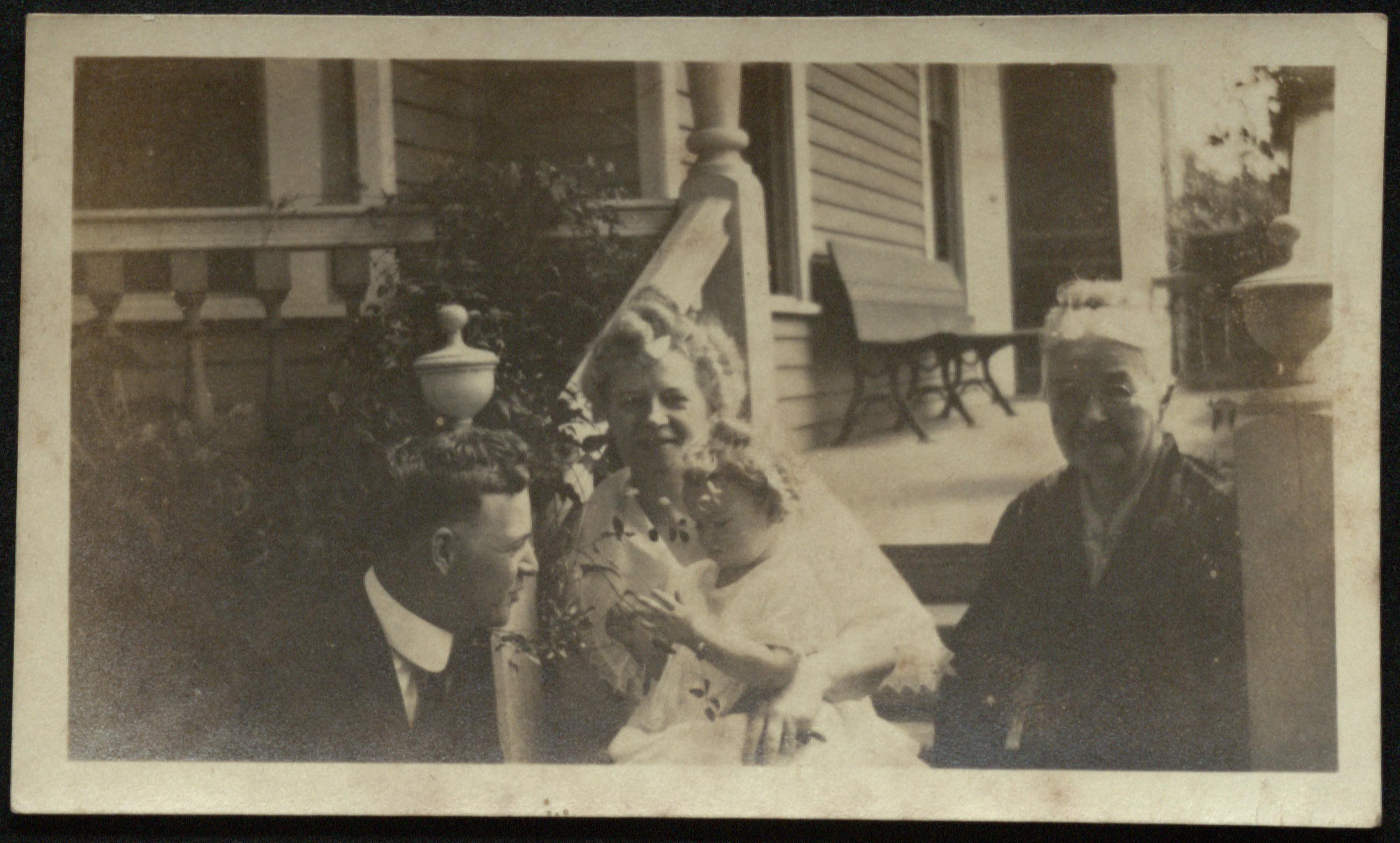 Try to find the date or year when this image was made.
Thanks for contributing!
A photograph of Novaline James Baldwin seated on steps with her daughter, Sarah "Sadie" Baldwin Bettis, and great-granddaughter, Edwina. Novaline was born in Montgomery, Alabama, on August 26, 1841, to Isaac Dorgan James and Sarah Ann James, or Sarah James Lavangee. She married a George Baldwin on March 3, 1864, in Mobile, Alabama. She and her family resided in St. Louis, Missouri, from 1864 to 1879. She died at the age of 86 on January 25, 1928, at the home of her daughter, Sadie B. Bettis, and she is buried in Magnolia Cemetery. She had lived in Beaumont for 35 years. Sarah "Sadie" Baldwin Bettis was born to Novaline and her husband, George, on September 23, 1871. She married a Frank Jewel Bettis on August 27, 1890, in Orange, Texas. They moved to Beaumont in 1893 where she was active in the Daughters of the American Revolution and the Colonial Dames of America. She died at the age of 80 and is buried in Magnolia Cemetery. Irwin Bettis was born on October 4, 1895, and died on June 4, 1970. Edwina Holland Winter was born on September 11, 1917, in Orange, Texas, to her parents Edgar Alfred Holland and Novaline Bettis Holland. She married a John Dawson Winter, Jr., on February 5, 1943.